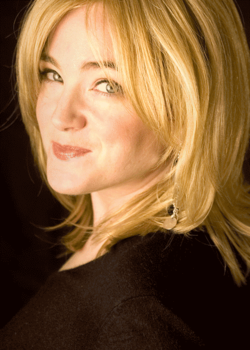 Hester Browne is the author of eight novels, including The Runaway Princess and, most recently, The Vintage Girl. The book that changed her life was written by a 1960s actress, and has inspired her love of the 1950s and 60s as well as her writing. She tells Novelicious about Arlene Dahl's Key to Femininity: Always Ask a Man

When I was about eleven, I found this unlikely volume on the shelves of my grandmother's sitting-room bookcase. Unlikely, because Arlene Dahl was a 1960s B-movie starlet in the great tradition of studio charm schools, and my grandmother… wasn't. 'Asking a man' was not a 'key to femininity' in Seaton, unless you wanted the answer, 'A pint, please, love.'

You'd think, from the title, that Arlene's guide to the mysteries of femininity, dictated by a thickly-lashed dame who looked as if she spent a lot of time in a negligee drinking martinis, would be hilariously anti-feminist, but it's actually a thing of practical genius. Women, Arlene argues in her opening chapter, always focus on what's wrong with their appearance – their big bum, or their bingo wings – whereas men only tend to notice the good bits. (Show me a man who knows what bingo wings are, and I'll show you a man who spends far too much time reading Heat.) Her brisk advice was to find the three parts of yourself that you do like, and divert your energy to showcasing them, instead of driving yourself mad trying to make your feet smaller. Everyone has three good points, she reckons, even if it's 'a long neck' or 'good nails' or 'pretty ears'. Even at eleven, I knew she was scraping the barrel there with the ears, but I took her point. I also took a lot of heart from her casual revelation that Marlon Brando's favourite quality in a woman was 'warmth'. As a teenager, one thing I was pretty much always was 'warm'.

Handy hints – and the shameless Hollywood name dropping ("I asked Richard Burton what his favourite part of a lady was…") – changed my resentful attitude to my adolescent self. At eleven, I was as tall, and as big-footed as I'd be for the rest of my adult life. I had legs that I hated so much, I refused to own any skirt shorter than something a Amish prude might wear. After one weekend reading Arlene's Guide from cover to cover, however, I made decisions that I still stand by now. I focused on my green eyes and learned how to do black cat's eye liner like Arlene's, I embraced my pallid/porcelain English skin; I made peace with my burgeoning cleavage, and invested in well-fitting bras (always bought with three pairs of matching pants, even as a student). Looking back, if no one ever commented on my vast bum, it may have been because they were too busy gawping at my terrifying, wonky Amy Winehouse flicks, but no matter – being the only girl in school who could wield a liner brush gave me a glow of pride.

It wasn't all make-up tips, even if there was a section on 'the language of fans'. (Seriously. In 1964.) Arlene was undeniably glam, but she was also a smart cookie. Years in the Hollywood star system had taught her the value of a 'style signature', of having interesting conversation and good manners, of putting a wardrobe together on a budget, taking off all your slap before bed, and of developing a lucrative second career as a widely syndicated astrologer. Oh hang on, no, that came later. But the rest of the advice was brisk, kind, and above all, practical. You don't get a walk-on part in a Dean Martin movie by whining. No sirree, you get it by being punctual for your audition and making a great first impression with clothes that make you feel confident, not self-conscious.

My love affair with 50s and 60s chic started right there, in my gran's sitting room. The moment I opened the yellowed pages, I fell in love with that fondant-fancy coloured world of box handbags and pert hats, of women controlling their worlds like sleek cats, with line illustrations of big-haired, wide-eyed goddesses in full skirts and mascara. Later on, Arlene's Key became a second source of inspiration for me, when I was writing my Little Lady Agency books, and especially The Finishing Touches. I imagined how those rules would translate to the modern world, and which would still be as true now as they were then. Arlene's idea of charm was never about being subservient to a man, it was about feeling jubilant and powerful in yourself as a woman. 'Asking a man' was really about getting the cheat codes from the blokes, so you could wrap them round your finger. I loved her writing style – breathless and gossipy, witty and stern by turns. It made me want to hop in a time machine and sit in her dressing-room, listening to her advice about how to work a hat, as the old Hollywood system crumbled under the less glamorous world of television and mini skirts.

I still collect etiquette books and style guides from that period, but although my liquid liner is now immaculate, I'm not sure I'll ever completely achieve Arlene's effortless ideal. But maybe that's only because I don't spend enough time hanging out with Richard Burton, and the Shah of Iran. Still, a girl can dream…