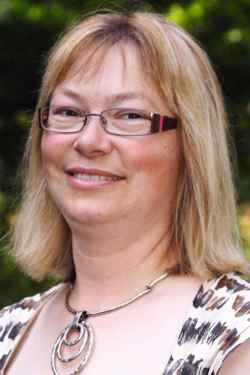 The book that changed my life is The House on the Strand by Daphne Du Maurier. My grandmother gave it to me to read when I was about 12 years old. I’d always been fascinated by history right from being a small child, and I can still remember the feeling I had when I read this book of being transported back in time, taken to the heart of history, to a real world that had been created for me by the author working with my imagination.

The House on the Strand is a time travel book although I didn’t recognise the genre as such in those days. I only knew that I loved stories where someone from the present – someone like me! – steps into a different world. I suppose it was quite a racy read in some ways because the way that the time travel element operated in the story was through the protagonist taking mind-enhancing drugs! I don’t suppose my grandmother realised the lesson I might have taken from that!

The House on the Strand was also directly responsible for my first foray into writing fiction. I wanted to be a time traveller myself and at school we were studying the Wars of the Roses so I put these two things together and wrote a time travel novella in which a girl on a school trip visits the Tower of London and is transported back to the 15th century, to the very moment that the death of the Princes in the Tower is being plotted…

In a wider sense The House on the Strand introduced me to other books that had an element of historical mystery and suspense about them: I devoured the writings of Robert Neill, Anya Seton and Madeleine Brent. They were hugely influential on me as a writer. From them I learned so much about creating a strong sense of place, a historical world that feels real and vivid to the reader. I also went on to read all of Daphne Du Maurier’s other novels. She wrote books that defy categorisation; historical novels such as the marvellous Frenchman’s Creek and Jamaica Inn, futuristic stories like Rule Britannia, thrillers such as Rebecca. From her I learned about evoking atmosphere through description, about keenly observed characterisation, intricate plots and the twist you don’t see coming. She was a master storyteller.

House of Shadows by Nicola Cornick is out now!