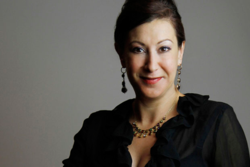 Without question, the book that changed my life is Modesty Blaise by Peter O'Donnell, the first in his brilliant series of caper comedies featuring his heroine Modesty (also in the comic strip, which he wrote) and her loyal and very gorgeous sidekick, Willie Garvin.

Peter, who I had the great pleasure of meeting years ago, was a feminist really before his time, and created a central female character who was much stronger, more resourceful and tougher than any heroines in the crime novels I was reading at the time.

Not only is Modesty incredibly smart, resourceful and sexually independent, she can make her own jewellery and wears a weapon called a kongo in her chignon to hit people with. I fell in love with her straight away and was amazed that a male writer had been able to imagine such an incredible heroine. Not only that, the books are superbly plotted. Peter was probably one of the best plotters ever, at least as good as the best crime writers. Everything pays off at the end in a marvellous sequence of skill and daring – if we see Willie practising with a quarterstaff at the beginning of one of the books, he'll be improvising one by the end to fend off a whole gang of attackers with machetes.

Peter also wrote romantic thrillers as Madeleine Brent, which I really recommend too – they're full of action, adventure and again, marvellously strong and quirky heroines.

I've literally been inspired by the Modesty books in some of my own! Readers of my novel Killer Queens might remember the name of Princess Belinda's sheik lover, Rahim, and his castle in the Atlas mountains, which was a tribute to Peter's The Xanadu Talisman. And Jon, the assassin in my book Bad Angels, has muscle control ability that's stolen from Modesty in The Night of Morningstar. I haven't had to have a character fight with a quarterstaff yet, but I hope to one day!

Mile High by Rebecca Chance is out now.