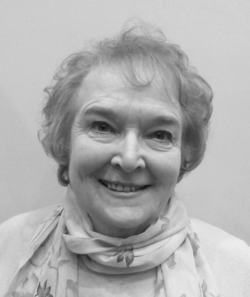 Sandra Heath Wilson is a prolific historical fiction author. Her latest book, Cicely's King Richard – the first in a trilogy about Richard III told from the point of view of his niece Cicely – is out now. Here she tells Novelicious why The Daughter of Time, by Josephine Tey, had such a big influence on her.

Reading Josephine Tey’s The Daughter of Time was an electrifying experience. I’d always devoured historical novels, but this one, about Richard III, compelled me to write too. Suddenly I was vital again, using my mind to the full. After leaving work to marry and have a baby, I’d been facing the housewife life of most women in the early 70s. Now, out of the blue, I could be me after all. Thank you Josephine, thank you Richard!

Truth is the daughter of time, and Tey proves it by gradually revealing the real Richard to Alan Grant, a 1950s British police detective confined in hospital. Grant is bored, until becoming intrigued by a portrait of the notorious king, which doesn’t seem to depict Shakespeare’s monster. Helped by friends, Grant applies modern detective work to unearth the truth, and concludes that Richard wasn’t hunchbacked, didn’t have a withered arm, and didn’t murder the ‘Princes in the Tower’.

I was transfixed, and wrote a number of novels set in his period and earlier, before moving on to many more set during the Regency. Now, all these years later, Richard has actually been found. He is shown to have been handsome, and suffering from scoliosis, not a hunched back or withered arm. He died courageously, betrayed by those far less worthy. He was a widower of only 32, and a grieving father who had lost his son. A tragic figure, but kingly and unbelievably brave to the end. If he cried out for a horse, he wanted to fight on, not flee. Definitely not the Shakespeare version. Exit, stage left, Olivier.

Tey inspired me first, now Richard himself did it once more. I had to write about him again. Perhaps through the eyes of his niece, Cicely. What if she loved him as a man, not simply as her uncle and king? What if this … ? What if that … ?

Thanks to Tey, and to Richard himself, Cicely's King Richard has come about, the first in a series about Cicely. In it you will find Richard as I see him now, confronted by all the terrible events of his short reign and, finally, faced with a forbidden love that cannot be denied.

Josephine Tey was an astonishing influence on my life. I’m truly grateful to her. And to Richard, whose fascinating story is the root of my writing career.