It’s always a struggle for book lovers to pick just one favourite novel. Here, Picture Perfect author Kate Forster shares the five books that most changed her life – from a beloved Oscar Wilde classic for children to one of the greatest love stories ever written. 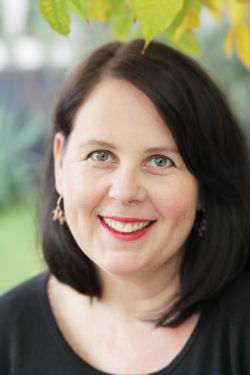 The Happy Prince and Other Tales – Oscar Wilde

I didn't own this book, but I happened upon it at my local library as a child. I would ride my bicycle to the Brighton Library every Saturday, climb the stairs to the children's section, and take it from the shelf, as it was never borrowed. It had a dull brown cover and gold writing, and I thought it looked like a book of spells. Perhaps it was, because The Selfish Giant never failed to make me cry in my little corner of the library.

My mother gave me these as a birthday present when I was 12, with the instruction that they should be read with my tongue planted firmly in my cheek. This was one of my first exposures to the British class system, and to satire. This is like Downton Abbey, if David Sedaris wrote about the crazy Radlett sisters. Witty, dry like a martini, and effortlessly elegant.

Gone with the Wind – Margaret Mitchell

I was given this by my mother and, at last count, I had read it at least 10 times. Scarlett is a spoilt brat with incredible divergent thinking that allows her to survive in the worst of times. Hell, she made a dress out of curtains long before Maria Von Trapp got on the old Singer. I cried, I laughed, I moaned at her behaviour and I fell in love with all of them. I felt every moment of Melly's labour and cried at the demise of little Bonnie Blue. Katie Scarlett O'Hara is a trailblazer of a heroine.

Goldfish, sultans, couture labels, explicit sex and glamorous locations. This was a seminal book for me, and … remains the benchmark for combining drama and glamour. It was first published in the early 1980s among a few other female writers … dismissed by literary crowds, but these women wrote female characters who were influenced by the feminist revolt of the 1970s. They were educated, had important jobs and were responsible for their own orgasms. Powerful stuff.

Cue a naive woman, a spooky family pile replete with a forbidding housekeeper, Mrs Danvers, and you have a modernish Jane Eyre. Everything about this gothic tale is perfect, from the nameless protagonist, to her glamorously named new husband, Maxim De Winter. I don't think I had read a book before that created such a foggy, mysterious atmosphere in both the weather and the slow unravelling of the tale.

Picture Perfect by Kate Forster is out now.