We're welcoming Jan Brigden to Novelicious today to tell us about how an assignment for a creative writing course inspired her debut novel, As Weekends Go. 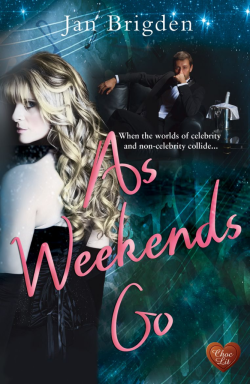 The idea for my novel blossomed during a creative writing course I studied a few years back via the Writers Bureau. Assignment 19 – my mentor had challenged me to showcase the tension and conflict between two characters using minimal description and dialogue. I chose a jealous husband and his wife’s best friend who he’d secretly invited out on the pretext of discussing his wife’s surprise 30th birthday party. Instead he confronted her best friend about some gossip he’d heard following a recent weekend trip the two women had taken together.

I received top marks for that assignment and it set me thinking, ‘Hmmm … what did happen during that weekend trip away?’

And so began my novel.

I love multi viewpoint stories and had in mind a clash of agendas, involving two couples, whereby I could flit from one place to another as my fictional weekend progressed, to see what each party was getting up to, hence the three settings in As Weekends Go.  I chose York for the ‘girls only’ spa break, (my main character Rebecca and her best friend Abi) after falling in love with its charm the first time I visited.  Each time I returned for research purposes, my love for the city strengthened,  which  I hoped would translate to the reader when it came to describing Rebecca’s love for it too, both upon her arrival and exit, albeit for very different reasons.

Hawksley Manor (my fictional venue where Rebecca and Abi stay in York) was loosely based on a hotel nearer to home where I spent a fabulous day with my best friend prior to getting married. We’d commented how lovely it would be to spend a weekend there as it was so relaxing. I drew on those memories, enlarged upon them and booked an appointment with the gen 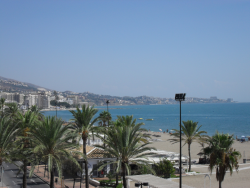 eral manager who, when I explained I was drafting my debut novel and would love the benefit of his knowledge of the day to day running of a hotel, etc., gave me the full guided tour and answered all fifty or so of my questions (I kid you not!) with a big smile on his face throughout. Poor man!

Re Alex, my lead male character in the novel, I knew it was risky making him a footballer, given the lousy perception of some of them  (fully justified in some cases) but being a person who tries not to judge people until I’ve met them, I wanted to challenge the stereotype and hopefully endear him to the reader.  I’ve encountered one or two footballers in the past – at both ends of the personality spectrum – and it intrigued me how the guy who loved his family, trained hard and simply wanted to play football without all the razzmatazz attached to it, felt about being lumped in with the fast and flash‘bad boy’ types we sometimes see in the media.

Finally, the inspiration for using Fuengirola on Spain’s Costa del Sol for the stag do setting, came from having spent many holidays in and around there over the years. I also worked a season there in my twenties which provided enough eye-opening scenes and tales to remember for life.

How could I resist?

FIND OUT MORE ABOUT AS WEEKENDS GO