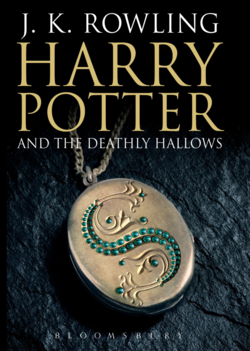 We don’t do things by halves here at Novelicious. At the end of last year, while many were taking a look back at the best books of 2014 (of which there are many!), we decided to look a little further and check out our favourite books from this century.

The list was long and varied but we somehow managed to narrow it down to our top five choices. So which books caught our attention?

Overall, the real winner here is YA fiction, which has had a massive surge in recent years thanks to the success of the Harry Potter, Twilight and Hunger Games books – to name but a few. Yet it wasn’t just teenagers reading them, as our longlist shows. The first two Suzanne Collins books made the longlist and there was also mention of other teenager-led stories like The Book Thief and The Boy in the Striped Pyjamas. Adults were clearly just as blown away by these stories as younger readers (well, we certainly were!).

There’s a lot of warmth to be found, with stories like Rachel’s Holiday by Marian Keyes being mentioned, but it seems like what we really love is a good cry, as some incredibly poignant, thought-provoking and moving literature also found its way onto our longlist, including Me Before You by Jojo Moyes, The Kite Runner by Khaled Hosseini and Life of Pi by Yann Martel. 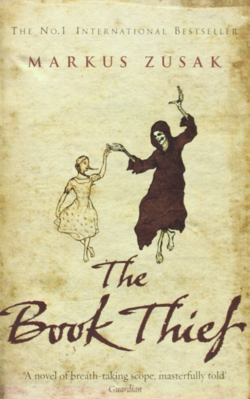 The standout author of the century so far, however, has to be J. K. Rowling. The team debated whether or not to enter ‘Harry Potter’ as one item but ultimately opted to separate the stories (as we also did with other series titles). Two Harry Potter titles made the longlist (Goblet of Fire and the Deathly Hallows) and there was also mention of her Robert Galbraith title, The Cuckoo’s Calling, which saw the beloved children’s book author turn her hand to adult crime writing.

So, which titles from this impressive longlist made the final cut?

Harry Potter and the Deathly Hallows by J. K. Rowling

The concluding book to the Harry Potter series was a firm favourite within the team, bringing the action, drama and emotion that the series end required. Kay said she felt like she "grew up with Harry, Ron and Hermione" and found the last book "epic". Amanda read it in one sitting and only paused to occasionally eat or pee (and for that one section when the tears were so bad she couldn't actually see the words on the page).

Susan called this one a modern fairytale, adding that it's "the kind of book you can read again and again and get something different out of it each time". Kay said this book was "one of the most beautiful romance stories I have ever read" and she loved the individual voices of the two lead characters. Anna called it "one of the most powerful love stories I’ve read".

This stunning debut certainly caught our attention. Jennifer said that Sister "drew me in and kept me hooked until the very end", adding that it was "brilliant" and "tense". Amanda said she "was gripped and found Lupton's voice incredibly refreshing and compelling". Cressida said she "was completely immersed in the story and felt every emotion, Beatrice's love for Tess, her desperation and her fear".

The Help by Kathryn Stockett

Kelly said she "adored" this book, adding that "the characters were so well written I felt I was in their world". Susan loved the "wonderfully strong women that inspire the reader" and Jennifer added that the book "had me filled with rage on one page and laughing the next".

Debs said that this book was "so beautifully written it was like being invited in to their group". Kerry explained: "I've never read anything like it. There's lightness, humour and charm at every turn, yet it has substance, depth and so much warmth." Amanda added that it was "a joyous read" and Cesca said "I missed the characters for days after, bereft they weren't real people I could meet".

Here's the full longlist. How many of these have you read? What would you add?