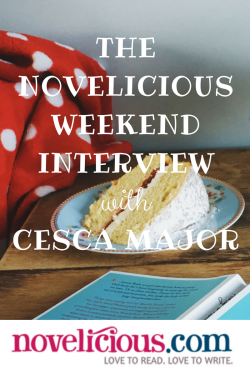 This is the second in our regular profile interviews where we interview an author with a fascinating and inspiring real life story of their own to tell. Our very own Cesca Major, presenter of the Novelicious Beat the Block videos, is author of two novels under her own name and three as Rosie Blake. Cesca also runs Book Camps, Word Races on twitter and mentors other writers.

I chatted to her about how twitter has helped her writing career, writing two genres as two people and getting lost in research.

Quite honestly I could talk to Cesca about writing for hours. She has so many tips, has real vision, knows the industry and is utterly encouraging. It was no surprise, really, that Katy Colins wanted to be mentored by Cesca as part of the WoMentoring project a few years ago.

Cesca’s writing career started out by long, hilarious tales she would email her friends when on her travels. She never had that burning ambition to write as a child and, in fact, has come to writing via TV presenting and teaching history.

Whilst at university Cesca would devour romcoms. It was only a matter of time before she began to wonder what sort of book she would write. In 2005, she began to write a novel. Thinking just how easy it was.

“Until I realised it is one thing to write a book and another to edit a book.”

Cesca had, by now, caught the writing bug. “I thought the idea of being a novelist was so romantic, wafting around your house, staring out of windows, being paid an enormous sum of money to produce stories.”

Then she realised just how hard it can be.

She started a second book. Half way through writing this one she got The Fear; thinking all her words were rubbish. By now it was 2007 and Twitter was very much in its infancy. There were very few online communities and Cesca was the only one she knew in real life who was writing. “I was the weird freak not snogging boys but writing novels.” She had no-one to talk to about her writing doubts. 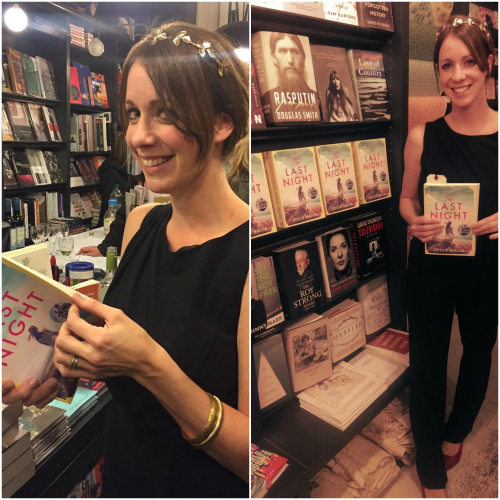 Then in 2009 she joined Twitter. Suddenly Cesca found a group of people online who understood. Who would share tips and tricks giving Cesca the kick she needed. She found courses, experimented with different genres and became serious about getting published. She completed that second novel.

The Silent Hours was written; inspired by a subject she was teaching her history class. “When I finished it I thought, this is different to anything else I’ve ever written before.” Cesca sent it out to five different agents; resulting in her signing up with one of them.

At the same time, however, Rosie Blake was about to enter the writing world.

Cesca had, many months before, entered a chapter into the Novelicious Undiscovered competition which had attracted the attention of Kirsty. Kirsty asked to see the rest of the book (“I lied,” said Cesca, “and said it was finished”) so Cesca hastily added an extra 20,000 words to the abandoned manuscript and emailed it to Kirsty one month later. Not long afterwards Cesca was published, as Rosie Blake, by Novelicious Books.

It was obvious she needed two different names. Rosie Blake was light-hearted romance. The Silent Hours was historical fiction based on a real-life tragedy from World War Two.

Cesca also needed to separate her twitter account, saying "it was a strange mixture of personalities in the beginning". Cesca now talks about writing, word races and shares writing articles. Rosie meanwhile is chatting excitedly OFTEN IN CAPITALS about The X Factor and Love Island.

“I love it,” said Cesca. “It’s reflects the different parts of me.”

I was intrigued by Cesca’s research, after all, her novels are based around real-life events. And, as ever, Cesca had a top writing tip. She undertakes preliminary research – enough for her to write a draft. Whilst writing this draft she inserts an asterisk where more research is needed so as not to disrupt the writing flow. Once the draft is written she’ll then check up.

The asterisk came about after the process of writing The Silent Hours.

“I would know far too much,” said Cesca. “Then I’d start writing, forget most of it, then re-read it all – it’s a real time waster.”

Cesca became so obsessed with research she ended up putting far too much in her novel. “In The Silent Hours there was a long scene because I was fascinated with keeping rabbits on Paris balconies and stewing cats,” she said. This scene eventually, became one page of overheard conversation to show the changes during the war. “About 90% of facts were deleted,” she says. ‘I’m more brutal with myself now.” 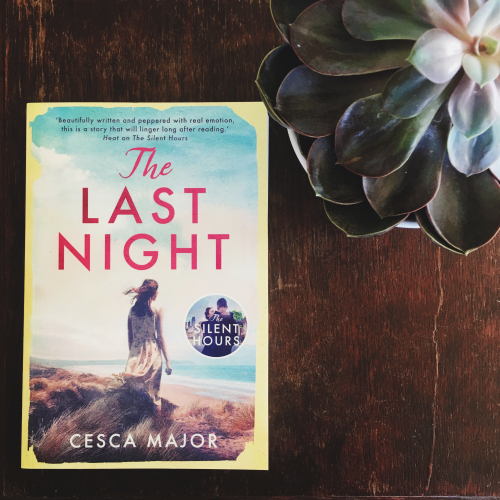 Whilst writing The Last Night Cesca visited a local furniture restorers. And it was during this visit, when she asked them about writing bureaus and secret compartments, where she came up with more ideas for the plot.

The research is therefore still extremely important but it shouldn’t be laid out in the novel as facts.

“It should come through in the way people talk and interact, in the scenery and in tiny sentences.”

Research for her romcoms is undertaken in exactly the same way. With a little * inserted in the text to indicate she needs to find out more once the draft is completed.

Cesca tries not to write as both people at the same time. Typically she’d be writing the romcom whilst researching the Cesca novel. Or writing the serious stuff and reading fun books.

Cesca Major's lastest novel, The Last Night, is out now. 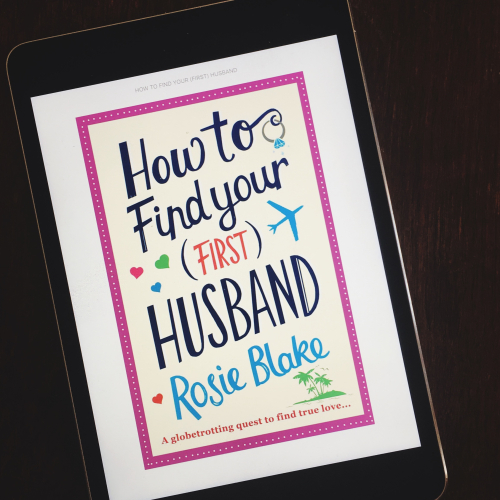