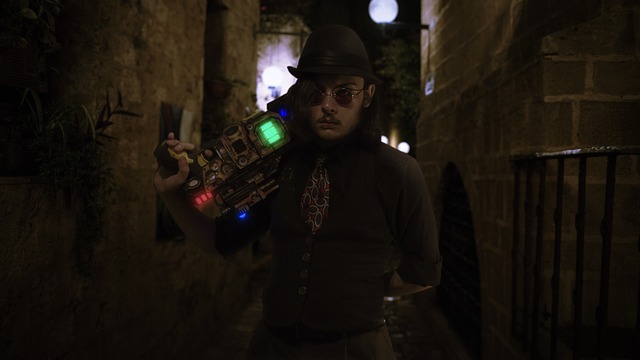 Steampunk is not a new subgenre of science fiction. In fact, the term “steampunk” was coined in the 1980s, and today, steampunk appears more and more often in daily media. When it comes to fiction, steampunk refers to stories that speculate what life would have been like had history taken a different turn – with steam powered and clockwork engines at the head of it. This is why steampunk fiction is part speculative fiction, part science fiction, where the focus falls upon the past, instead of the future. Most steampunk stories are set in the Victorian era, but this has changed recently to stories taking place in different worlds, different eras. However, there are certain tropes about the genre that never seem to change, from clockwork parts, to corsets and goggles, and below, we’ve shown the elements that every steampunk story needs.

Writing a good steampunk story is definitely a challenge – you are creating a whole different world that abides by different rules, and those rules need to make sense. If you’ve decided to set your story in the Victorian era, then you need to do a lot of research. But, if you’re not up for a massive amount research, you can set your story into a different world where the primary technology everyday people use is the steam engine, which has been developed further than anyone could have imagined. Or, you can set your story in the modern era, where electricity and oil hasn’t been discovered yet. Either way, you will need to create an alternate universe, which will need a certain point of diversion.

Point of diversion refers to the moment in the past where history took a different turn, and somehow influencing the rise of steampunk technology. This point of diversion can be of high importance in the plot of your story, or it can be background fact, which will add another layer of depth to your world building, but it should be there. Of course, the point of diversion doesn’t necessarily need to be a single event in the history of the world, but a series of smaller events as well.

Another challenging element of steampunk is coming up with retro technology that will be based on steam and clockwork engines – which is a complete opposite of what we’ve experienced for the better part of our lives. This means the things everybody might take for granted: smartphones, computers, even lights, simply aren’t available in a world that doesn’t have electricity, or at least, not electricity as we know it. You are completely free to reinvent all of these things, but you must be careful how they work, because like any other science fiction story, the method needs to make complete sense.

Victorian era had different castes of people, and different behavioral rules, and society simply worked in a different manner from today. But, you shouldn’t just take those rules for granted and plant them in your story, because you’ve already changed history, and that means the behavior of the people in general would have changed in a subtle way. Additionally, you cannot have people living in a steampunk Victorian era behaving as if they’re living in the modern world of today – that requires an incredible amount of suspension of disbelief on the side of the readers, and many of them will simply reject to believe people would behave the same as they do today.

The previous points all referred to world building, but that doesn’t mean you can take a modern day romance story, slap some steampunk technology in it, set it in the Victorian era, and boom, you have a steampunk story. In any story, world building, characters and plot are tightly interwoven and dependent on each other – and the same accounts for steampunk as well. The story, the characters and the plot will depend on the world you’ve built, especially the personality of the characters, and the development of the plot. The steampunk elements of your world should play a large role in your characters’ lives, as well as in the resolution of the plot – otherwise, the setting of the story in the steampunk era becomes redundant.