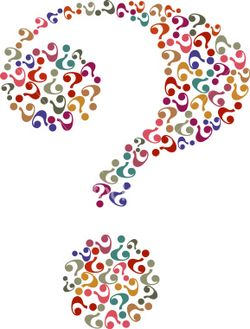 This time last year I was in a very different writing place to where I am now. I had come to the end of my publishing contract and had failed to get a new contract with my new book idea. Little did I know that I'd finish this year with a new book and audio book deal, several new foreign rights deals, a novel having made it to the shortlist for Sainsbury's entertainment eBook of the year and a new baby girl. I could never have predicted the difference twelve months could make.
This time last year I was nervously awaiting the publication of my third and final Don't Tell book, Don't Tell the Brides-to-be which was published in February. It was lovely seeing it on the shelves in the high street and supermarkets, a feeling that doesn't seem to get old. I was over the moon that Sainsbury's ebooks included it in their top 100 list of entertainment books for 2015. From there people could vote for their favourite titles to make the shortlist. To my complete surprise, my novel has now made it to the final ten shortlist. It's amazing to have my novel up against big authors, many of whom are household names. It's now up to people to once again vote for their favourite to win. If you want to vote for my novel or one of the other great finalists then you can do so here.
Regular readers will know about the struggles I had getting the right idea for my next book. After a round of no’s from editors with my first sample and idea, I was delighted to get a two book contract with new imprint from Bonnier publishing – Zaffre with a different idea for a book. I also got an audiobook deal with my previous audiobook publishers too. I’ve just seen the typeset pages of the first book, The Bucket List to Mend a Broken Heart and I can’t wait to see that on the shelves. I’ve already had some good news in terms of shops that are taking it, and also some pretty big foreign rights news (there’ll be more about that in my columns next year). It’s exciting to wonder what will happen to that book next year.
The other big news in my life is the arrival of my lovely baby girl. It’s meant that my writing is on a bit of a go-slow at the moment. But I know that it’s only temporary and as she starts to get into a proper sleeping routine (fingers crossed), I’ll be able to get back to the writing again. I’m working on my second novel with Zaffre and I’m waiting for my the fog to clear to start on it again.
I’ve been writing for six years now, and this has been the most roller-coaster of years to date with all the ups and downs. I’ve always known that being an author isn’t a smooth ride, and I think this year I’ve experienced a bit of everything. I’ve been at what I felt like was the lowest point of my career, and also experienced the highest points of my career. I guess it’s good to experience the low point as it means I never take it for granted and I really do appreciate the good bits!
What’s happened with your year in writing? Has 2015 been your year?