The writing process for each of her books has been different and today, as well as answering a few questions for us, Judith Kinghorn tells how the sequence and plotting has varied for The Memory of Lost Senses, The Last Summer and her latest book, The Snow Globe, which will be out in the US in March. 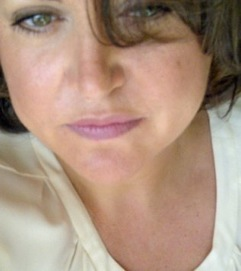 I’m pretty disciplined and like to be at my desk by 8.30am. I allow myself a bit of daydreaming, and perhaps an hour’s procrastination so that I can look in on Twitter and deal with emails and so on, and then I focus. I read some of what I’ve written the previous day, but I try not to start editing. I try to focus on the narrative and move the story forward. If the words are flowing, I lose track of time and don’t stop until around 4 or 5pm. And sometimes, if I’m on a ‘roll’, I’ll go on writing into the evening. But like every other writer, I have days when the words don’t flow, when I spend eight hours or more and end up with only one paragraph. No two days are ever the same, which, I suppose, is why I’m reluctant to stop when it’s all flowing.

I don’t use celebrities as inspiration for characters, but when I’m writing dialogue and hear a particular voice, it can sometimes be an actor’s voice. And I might not even know the actor’s name, just the voice. It’s a bit like radio interference. I think all of my characters are an amalgamation of traits and personalities I’ve known or read about… I take the voice of one, the smile, eyes or face of another, and then add the mannerisms and idiosyncrasies of yet another. Writing historical fiction, I look to the past for a lot of my inspiration, so the physical appearance of a character can be based on someone from history, or someone I’ve seen in an old photograph or painting. I build on that using my own experience – sometimes borrowing from people I’ve known – and my imagination.

Such a difficult question! … But I’m going to say Rebecca, by Daphne du Maurier. It’s the book that made me want to write a novel in the first person, and, from the opening sentence – “Last night I dreamed I went to Manderley again” – to the final – “And the ashes blew towards us with the salt wind from the sea” – it’s brilliant storytelling.

We never learn the name of the narrator; never meet the Rebecca of the title, and the tension with which the plot unfolds is stunning. Added to this, du Maurier gives us the hauntingly atmospheric Mandalay, the dark and sinister figure of Mrs Danvers, and the handsome, compelling and often cruel, Maxim de Winter. But I think the main reason I love this novel is simply because of the voice. The voice of that fearful, repressed and restrained, insecure and clumsy narrator: it’s unique. And it’s a book I could read again and again.

Writing historical fiction, there has to be planning – and research. For me, the sequence of these things, and plotting, has varied with each novel. The Last Summer came in a great torrent. I’d already done the research, knew the period, and just wanted to write – get the story down. Later, once I’d finished writing the novel, I checked and double checked my dates and facts, and tweaked here and there, so I suppose the first draft, which took about six months to write, became a second draft. With The Memory of Lost Senses, it was different: there were quite a few drafts over quite a few years, mainly because the novel began as a work of non-fiction and because I left it to write The Last Summer. My latest novel, The Snow Globe, took two drafts, and just under a year to plan, write and deliver. 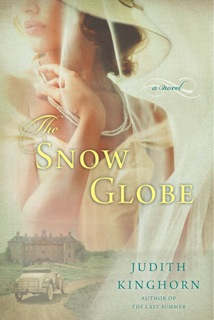 Like almost every other writer, I had rejections before I got lucky. I’ve never been on any creative writing course – not even for a day, so I learned my craft, or tried to, as I went along. Each and every draft of everything I wrote was my ‘course’, and any feedback accompanying a rejection I had to learn from, and utilize. It’s tough, demoralizing, and you have to be tenacious; pick yourself up, dust yourself down and move on. You have to accept criticism, learn from it, and sometimes you really do have to kill your darlings.

When I began writing The Last Summer, my intention was to write something for myself. I didn’t think about it as a ‘book’ – or about it being published. But months later, early one morning in summer of 2010, I decided to send out the first chapters to a few agents via email. It was the first day of my kids’ school holidays, and the sun was shining and I felt optimistic; thought I had nothing to lose. By lunchtime one of the agents I’d contacted came back to me and asked if I’d shown the chapters to anyone else. They asked for the full manuscript and for an ‘exclusive’, and I had to check with a writer friend what this entailed. A few months later, once I’d finished editing, the novel was auctioned. It was published in the UK and British Commonwealth countries by Headline in February 2012, and in the US by NAL Penguin in January 2013.

There are a quite few! But one that springs to mind – after the being rich one – which I think people are slowly beginning to realise is a myth – is that we’re lonely, or unhappy. Yes, writing is a solitary profession, and most writers love and often crave solitude. It’s one of the reasons we do what we do; but many of us are actually quite happy, and very sociable (when we want to be).

Read as much as you can, and wait. Wait. Don’t begin writing anything until you absolutely have to; then the words will flow. Also, be prepared for rejection and don’t take it personally. Be tenacious; write from the heart, and for the love of writing.

I’m not actually writing at the moment, but I am reading, researching, and quietly planning the next novel, which I’ll start writing in the New Year. It’ll be set in the inter-war years, a period I’m fascinated by and one I haven’t yet finished with.