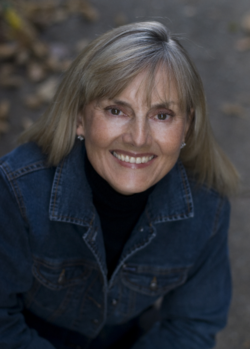 1. Cross train. Any athlete will train outside their field of endeavour (boxers run, runners lift weights, footballers even do ballet, so I understand), and that is to ensure that every muscle is ready for the job and alive with anticipation. As a writer of fiction, I also write non-fiction, especially memoir – in fact, I have learned pretty much everything I know about writing from memoir, because memoir demands you pay attention to detail, it demands you acquire the ability to bring the camera in on a single scene. I also play with poetry, because poetry gives a sense of rhythm, and all writing needs rhythm. I am not a short story writer, but I experiment with the form – writing in the short form reminds me how to keep a story tight and lithe.

2. Read. Elizabeth George advises the writer to “read above yourself”. That means stretch yourself in your reading as well as your writing. I go from the classics to contemporary novels to biography, and I do my best to read works that are intellectually demanding. But I also like a good laugh and read comedy too.

3. Set a goal. Stephen King, in his book On Writing (which is one of the best books on writing on the market) maintains that if you write 1200 words per day, you can have the first draft of a 100,000 word novel in three months. OK, so if you want to see your first raw draft in six months, that goal is 600 words per day, on average. I’m sorry to sound so prescriptive, but because I write one book every year, I set goals, and I think having a goal gives you something to work towards. If you have a wishy-washy idea of finishing “sometime” then you will always be writing your novel, never finishing it.

4. The first draft is only the clay on the wheel. That’s all it is, a lump of clay to be moulded and fashioned into the story you have within you. My second draft is always so much sharper, so much more finessed than the first, and generally richer in detail, in sense of time and place, and in character. So, don’t worry too much about that first draft – you are only getting the story down. Then the real writing begins.

5. Don’t edit as you go along. This is my personal opinion, and it’s not every writer’s way of doing things – I never, ever edit as I go along. I just want to get my story down, get it written and out of my heart and soul so I can then get on with the real work. In that first draft I am the storyteller, I am pouring out a story I have thought about, have researched the background for, and have pondered for a long time, perhaps years – and all I want to do is write that story. Then I work on my first revision, and I become the craftswoman, using my tools to shape scenes and paragraphs, to sharpen dialogue, to weave plot with a more deft hand than at first. I look at the big picture I’ve created, then I go back in with my full range of brushes to bring more layers of color and meaning to the story. If I tried to edit as I go along, I would lose something of that initial energy, that lift, I think.

The Care and Management of Lies by Jacqueline Winspear is out now.