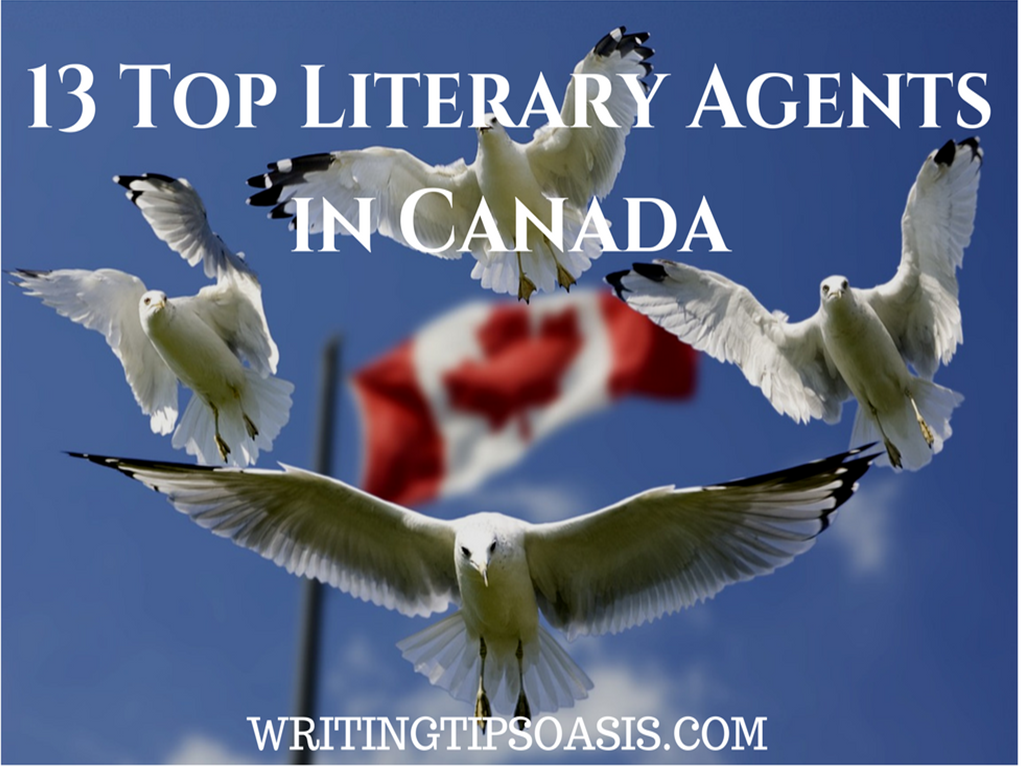 If you’re an author in North America who has written a fantastic manuscript that has the potential for large scale appeal, the next step is for you to find a publisher.

At this point, a literary agent could help you by selling your book to a publisher, and negotiating a publishing contract for you on your behalf, which ensures your interests are well protected.

Depending upon the agency, the organization could also be able to continue supporting you with your career through entering global markets where English language books are read, or through translations into other languages, or through opportunities to transform your book into other media such as film.

And you maybe at this stage, where you’re now in search for the best literary agent for you and your work.

Logically, it makes sense to start your search closer to home.

There are many in the United States such as these literary agents in New York City.

And there are also Canadian agents. To help you find them, we’ve compiled this list of 13 top literary agents in Canada in alphabetical order.

Continue reading to learn who they are and about each agency’s experience, staff, and importantly the types of books they represent and how you can go about making a query.

With an office in Toronto, Rick Broadhead & Associates was founded in 2002 by Rick Broadhead. The literary agency specializes in nonfiction books and has a reputation for representing bestselling books, which are award-winning and have also been turned into films and television programmes. Rick himself comes from a strong business background, which proves to be an asset to the clients he’s represented, as he understands the business of publishing and what it takes to successfully sell a book to a publisher.

The agency has aligned authors with major publishers such as Viking, Penguin Random House, Knopf, Simon and Schuster, HarperCollins, Hyperion/Disney, Wiley, among others. Rick welcomes unsolicited queries for nonfiction proposals in wide ranging genres from history, politics, and national security to biography, self-help and relationships. You can email your query to submissions@rbaliterary.com. However, ensure you already have an author platform with a following, and an idea of the market potential of your book before you do.

If you write international literary fiction and quality non-fiction for adults, then The Bukowski Agency could be the one for you.  Founded in 1986 by Denise Bukowski, a veteran of the Canadian book publishing industry, the agency is interested in representing authors whose writing can be marketed globally and across different media. The agency requires both submissions of nonfiction and fiction to be made through postal mail. Authors of genre fiction, books for children, plays, and poetry shouldn’t send queries to this agency.

With experience of working in both smaller independent publishing houses and also major publishers, Dean Cooke started this international agency in 1992. Fast forward to 20 years later, and the agency now has seven employees on its payroll. Other members of the team include Sally Harding (co-owner), Ron Eckel (literary agent and co-owner of Cooke International), Suzanne Brandreth (literary agent), Rachel Letofsky (associate agent), Paige Sisley (senior literary assistant) and Leah Shangrow who works as an operations administrator.

If you’re an author of literary fiction, commercial fiction, or nonfiction that is based upon narrative, and are looking for representation, take a look at The Cooke Agency’s submissions page. The agency strives to assess submissions within twelve weeks of the sent date.

If writing commercial fiction is your forte, then Donaghy Literary Group is definitely worth taking a look at. The founder of the organization, Stacey Donaghy, started the agency in 2013 and has a varied background, which includes working in another literary agency and also in management, adult education and social services. Donaghy Literary Group specializes in representing commercial fiction subgenres such as middle grade, young adult, new adult and adult stories.

The team at the organization consists of experienced individuals from the publishing industry and among others, authors that Donaghy Literary Group has represented, include Erin Beaty, Steven Brown, Jay Crownover, and K.A. Tucker. Queries can be sent directly to an appropriate agent using the QueryManager database system. Refer to the agency’s submission guidelines for further details. 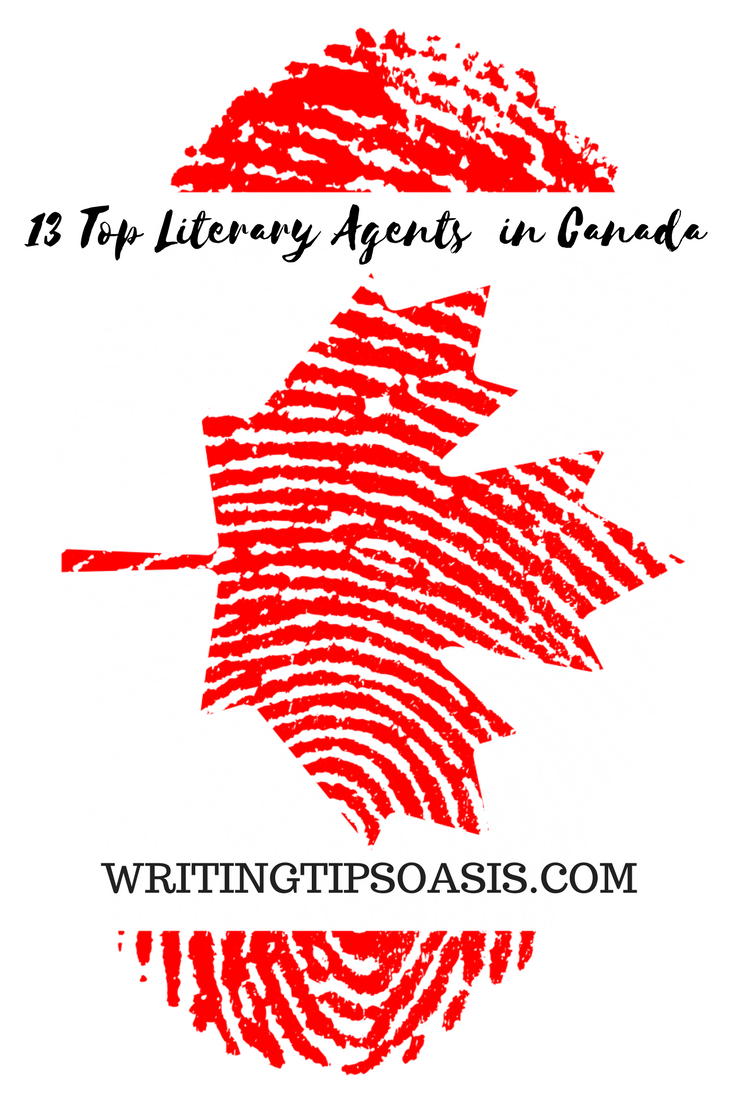 The Helen Heller Agency is a boutique literary agency whose office is in Toronto and which specializes in the representation of adult and young adult fiction along with nonfiction. The agency offers a full service including being able to support authors along each step of the publishing undertaking and has clients whose books have become New York Times and Sunday Times best sellers.

Founded in 1988, the team includes Helen Heller, Sarah Heller and Barbara Berson. Submissions can be made through e-mail, and some of the key things to include are a manuscript title, a short synopsis, along with details about your background and the origins of your book. The email address to send queries to the relevant agent is info@helenhelleragency.com. Take a look at this page to find about the full submission requirements.

Based in Toronto and founded in 2017, CookeMcDermid is an amalgamation of  The Cooke Agency and The McDermid Agency, combining almost half a century of experience. It is a full-service literary agency, and if you’re interested in making a submission, at present, CookeMcDermid is looking for horror, thrillers, upmarket women’s fiction, commercial suspense, speculative fiction, literary fiction, middle grade fiction, young adult, narrative nonfiction, and nonfiction based upon research.

Take a look at this page for more information on submissions and also to access a submissions form.

P.S. Literary Agency or PSLA, is an international literary agency founded by Curtis Russell, who is supported by a large team including Carly Watters (Vice-President, a senior literary agent at the firm and also Director of Literary Branding) and other individuals who take on the roles of associate agents, and editorial and digital media staff. PSLA’s approach to working with clients is to support them throughout their career, which means beyond an author getting published and working towards getting works published across the world and in different media such as audio, digital and film.

The agency represents fiction and nonfiction along a wide ranging spectrum of genres and subgenres, although it doesn’t represent screenplays or poetry works. PSLA advises authors to study the profile of agents to determine the best match. The general format for queries is a query letter that includes a title and the category of the book, a brief overview of the book, and the bio of an author. For full details take a look at the P.S. Literary Agency submissions page. If the agency is interested in your work, you should expect to typically receive a response between 4-6 weeks.

Beverley Slopen Agency whose office is on 131 Bloor St West in Toronto, could be the agency for you if you’re a writer of literary or commercial fiction works, nonfiction, history, real-life crime, self-help or anthropology even. The agency is headed up by Beverley Slopen who is supported by a team with expertise in rights and contracts, photography and IT. The agency also has links with numerous sub-agents across the world. Submissions are via e-mail. However, if you would like to make a query, note that authors usually are referred to the agency or the agency approaches them. Take a look at this page for further details.

Since 1994 when Carolyn Swayze founded this agency, the organization has worked with both established and new authors. Barry Jones and Kris Rothstein also work at the agency as associate agents. Among many others, some of the authors the agency has represented include Frances Backhouse, Mark Zuehlke, Chris F Westbury, Alison Watt, Arthur Black and Meg Federico.

The Carolyn Swayze Literary Agency represents authors of literary and commercial fiction, Young Adult fiction, creative nonfiction, history books about Canada, memoirs, humour, along with books about cooking. Do note though that at present this agency doesn’t accept unsolicited queries.

Robert Lecker Agency was established in 2003 by Robert Lecker, after an extensive career in the publishing industry. The agency is a specialist in representing books about music, popular science, history, food, travel and entertainment. However, if your book is a different genre to these, then you could still be in with a chance with Robert Lecker Agency, as it welcomes any original concept. The agency has a quick turnaround time with making a decision about a query, which stands at two weeks. A submission usually begins with e-mailing a brief description of your book via e-mail. Full submission details can be found here.

If you’re a new author who wants to send a query to this agency, it would help if you’ve already got some experience of publishing books. The agency accepts queries via email at: info@seventhavenuelit.com. The key things to send in your query are a query letter, which includes a short explanation of your book, and its nonfiction category. Other things to send are details about the market your book will be targeted to, a table of contents, chapter headings along with the key points you plan to write about, a chapter sample, and your bio. Please see this page to get the full submission requirements.

Amongst the literary agencies in Canada, Transatlantic Agency is unique as it has agents working across both Canada and the United States. It is a full service operation, which was founded in 1992 by David and Lynn Bennett. Since then, the agency has grown into one which has represented no less than 250 bestsellers and award-winners written by Canadian and American authors of adult and children’s books. In addition to a strong team of literary agents and associate agents, Transatlantic Agency works with co-agents spread out across the world in nations that publish translations of works written in English, and also with film agents in Toronto, New York on the east coast of the States, and Los Angeles on the west coast.

The agency represents a broad range of genres including commercial fiction, literary fiction and a huge variety of nonfiction. If you’re a children’s illustrator then you may also want to take a look at Transatlantic Agency. The organization accepts queries via e-mail and agents have different submission requirements, so take a look at this page for more information.

Toronto based Westwood Creative Artists is the largest literary agency in Canada, and was founded by Bruce Westwood who is also the Managing Director and CEO of the organization. Altogether, the agency has a team of six literary agents, administrative and accounting support staff, and individuals with experience in international rights. Westwood Creative Artists also has an extensive network of international co-agents. Many authors, which the agency has represented have either been winners or shortlisted for the biggest prizes in the literary world such as Nobel Prize, the Man Booker Prize, and the Scotiabank Giller Prize.

Due to the agency’s large team who possess broad experience, the organization is able to represent authors of numerous types of genres, which among others, include high quality literary fiction, commercial fiction, mysteries, thrillers, nonfiction, memoirs, history, popular culture, and children’s books. If you wish to query Westwood Creative Artists, you can do so by e-mailing wca_office@wcaltd.com and the agency usually requires 12 weeks to review a submission. Take a look at the agency’s submission details to find out more.

What did you think of the Canadian literary agents we featured in this post? Have you worked with any of them? Please tell us more in the comments box below. Also, if you’re aware of any literary agents that really need to be included in this list, please share and leave a link to any relevant website!

Searching for children’s book agents accepting submissions? Here are 17 in the US to start you off and a further 10 in the UK at this page.