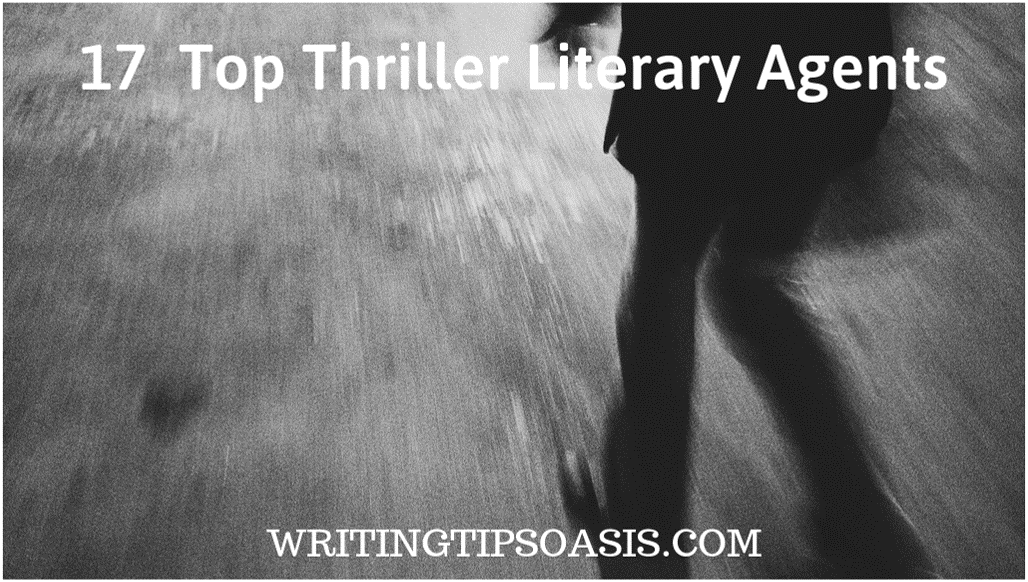 If you’re looking for a list of top thriller literary agents, below we’ve featured 17 individuals who represent thriller books.

Bernadette Baker-Baughman is an agent at Victoria Sanders & Associates, a literary agency based in New York. Bernadette holds a Master’s Degree in Writing from Portland State University and has been working as an agent since 2005. Her areas of interest include thrillers, magical realism, contemporary fiction, and young adult fiction. Throughout her career, she has represented a number of award-winning and bestselling authors and artists, including Carson Morton, Faith Erin Hicks, Maris Wicks, and Tony Cliff, among others.

If you are interested in querying Bernadette, you can submit a query letter and the first three chapters of your manuscript via email. For more information, check out Victoria Sanders & Associates’ submission guidelines here.

Mitch Hoffman is a senior agent at the Aaron M. Priest Literary Agency. Prior to joining the agency, he was vice president and executive editor at Grand Central Publishing, where he worked with many renowned authors, such as David Baldacci, Harlan Coben, and Jeffrey Deaver. He currently represents fiction and non-fiction authors across various genres, including thrillers, crime fiction, suspense, literary fiction, memoir, history, pop culture, and more. His clients include Allie Larkin, David Ewing Duncan, John Fried, Hilary Davidson, Elvis Duran, and David Pepper.

Should you wish to submit your work for Mitch’s consideration, you can send him a one-page query and the first chapter of your book via email. Check out Aaron M. Priest Literary Agency’s submission guidelines for more information. 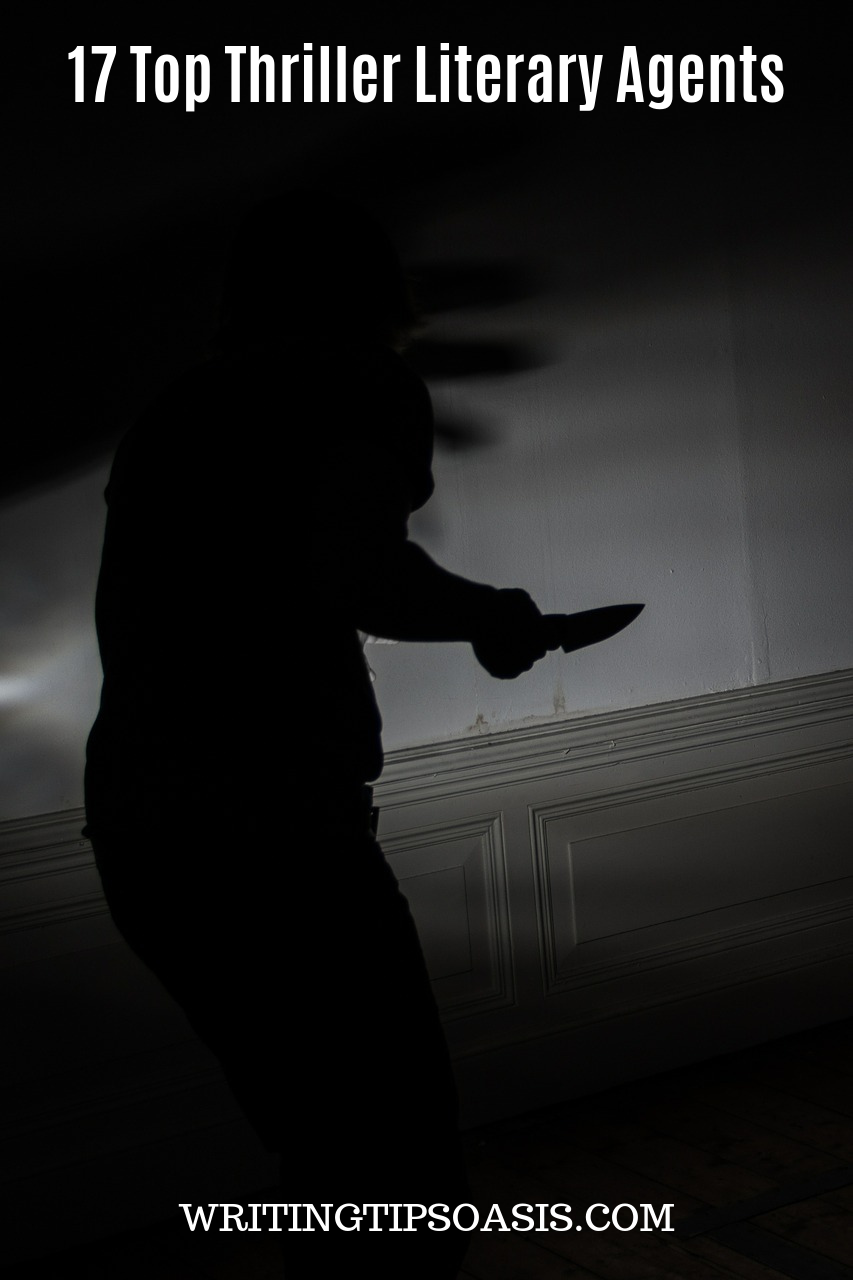 Lisa Erbach Vance is another agent from the Aaron M. Priest Literary Agency. She joined the agency in 1993 after working at Random House and Crown Publishers. At the moment, Lisa is most interested in contemporary and historical fiction featuring female characters. She also enjoys contemporary gothic fiction, psychological suspense, and emotionally engaging thrillers. She represents many bestselling and award-winning authors, including Harlan Coben, Kathleen Sharp, Amanda Stevens, Gayle Lynds, and the estate of Madeleine L’Engle, among others.

Interested in working with Lisa? Send her a short query letter along with the first chapter of your manuscript via email. You can also check out these submission guidelines to learn more.

Kirby Kim of Janklow & Nesbit Associates is a literary agent based in Phoenix, Arizona. He represents both commercial and literary fiction. When it comes to commercial fiction, his areas of interest include speculative fiction, thrillers, young adult fiction, and mysteries. He also works with non-fiction authors and journalists in the areas of current affairs, science, and culture. He currently represents Ted Chiang, Craig Davidson, Dave Hill, Laura Shin, and Matt Bell, among others.

If you are interested in seeking representation by Kirby Kim, you can check out Janklow & Nesbit’s submission guidelines here. Make sure you address your query directly to Kirby, and do not query any other agents from the same agency.

Also from Janklow & Nesbit, Brooks Sherman is a Brooklyn-based agent who represents both fiction and non-fiction authors. For adult fiction, his interests range from the speculative to the literary—particularly horror, psychological thrillers, and fantasy. He is also interested in middle grade fiction of all genres and adult non-fiction in the areas of pop culture, humor, narrative non-fiction, and politics. Some of the authors he represents include Sam Garton, Angie Thomas, Sarah Cannon, Mercy Brown, Rita Meade, and Paul Tobin.

To submit your work to Brooks Sherman, send your cover letter, synopsis, and the first 10 pages of your book to Janklow & Nesbit via email or post, and don’t forget to indicate that Brooks is the agent you are interested in querying. For more information, check out these submission guidelines.

Laura Rennert is an executive agent at the Andrea Brown Literary Agency. She specializes in children’s books—from picture books to young adult fiction—but she also represents adult fiction, particularly psychological horror, suspense, thrillers, and literary-commercial fiction. In thrillers, she is most drawn to unreliable narrators and characters who are morally ambiguous. Some of Laura’s most notable deals include Jay Asher’s Thirteen Reasons Why, Maggie Stiefvater’s The Raven Cycle, Catherine Ryan Hyde’s Just After Midnight, and Joe Hart’s Obscura, among others.

Laura only accepts submissions via query form. Should you have any questions or concerns, you may contact Laura by sending her an email. You can also check out Andrew Brown Literary Agency’s submission guidelines for more details.

Carrie Pestritto is an agent at the Laura Dail Literary Agency. Before she joined the LDLA team, she worked at Writers House and Prospect Agency. As an agent, Carrie is drawn to meticulous world-building, unusual premises, and relatable characters. She has a range of interests, including mysteries and thrillers geared towards women, high concept fantasy for young adults, upmarket women’s fiction, and more. You can get a better idea of what Carrie is currently looking for by checking out her manuscript wish list here.

If you are interested in submitting your work to Carrie, you can follow the submission instructions listed here. Make sure you include her name in the subject of your query email.

Jessica Faust is the founder and president of BookEnds Literary Agency. She founded the agency in 1999 and has since worked with many talented authors, including Ellery Adams, Sheila Connolly, Michelle Painchaud, Shelley Coriell, Susan Furlong, and Heather Webber, among others. Jessica specializes in thrillers, mystery, suspense, women’s fiction, young adult fiction, and romance. She is also particularly interested in works that feature edgy female protagonists. She is not currently interested in military thrillers or science fiction.

Should you wish to submit your work for Jessica’s consideration, you can do so through her query form. For more information, check out BookEnds Literary Agency’s submission guidelines here.

Vice president and senior agent at Corvisiero Literary Agency, Saritza Hernandez is a self-confessed geek who loves Harry Potter, Star Wars, and Star Trek. She has worked in the publishing industry for almost two decades and is a strong advocate of the LGBTQIA+ community. Her client list includes Lambda Literary Finalist April Daniels, bestselling romance author Tara Lain, and RITA Award winner Elia Winters, among others.

Saritza is interested in thrillers, upmarket women’s fiction, horror, science fiction, fantasy, graphic novels, and select non-fiction. She is currently closed for submissions, but when she reopens, you can query her through this form. You can also check out Corvisiero Literary Agency’s submission guidelines for more information.

Marisa Corvisiero is the founder and president of Corvisiero Literary Agency, a full-service agency based in New York. She represents authors of adult fiction and non-fiction, middle grade and young adult fiction, and picture books. She is currently open for submissions and is looking for creative stories that feature rich characters with unique voices. She is interested in thrillers, adventure, romance, women’s fiction, paranormal, science fiction, fantasy, and any combination thereof.

Should you wish to submit your work to Marisa, you can do so through her query form. Both new and established authors are welcome to submit. For more details, take a look at her agency’s submission guidelines here.

Michael Curry is a literary agent working at the Brooklyn-based Donald Maass Literary Agency. Michael joined the agency in 2012 and currently represents Brooke Bolander, Nick Mamatas, Cassandra Khaw, and Darcie Little Badger, among others. He is actively developing his client list. Right now, he is most interested in near-future thrillers that have speculative elements, as well as fantasy and science fiction that lean toward the literary. He especially encourages authors from underrepresented communities to submit their work.

Those who are interested in submitting can check out Donald Maass Literary Agency’s submission guidelines here. Once you are ready to submit, you can send your query to Michael via email.

Nikki Terpilowski is the founder of Holloway Literary Agency, a North Carolina-based agency where she also works as senior agent. She specializes in women’s fiction, southern fiction, thrillers, mystery, romance, literary fiction, science fiction, and young adult fiction. She is not interested in erotica, police procedurals, or stories with graphic sex scenes. Some of the titles Nikki has represented include The Marriage Lie by Kimberly Belle, The Smuggler Wore Silk by Alyssa Alexander, The Happy Hour Choir by Sally Kilpatrick, Prada and Prejudice by Katie Oliver, and Garden of Thorns by Amber Mitchell.

Should you wish to work with Nikki, you can send her a query via email. Your email must include a short query letter and the first 15 pages of your book. For more information on what to include in your query, you can check out Holloway Literary Agency’s submission guidelines here.

Camilla only accepts submissions with the material attached, and you can send her your submission via email. Take a look at Darley Anderson Literary Agency’s submission guidelines for more details.

Madeleine Milburn is the founder of the London-based Madeleine Milburn Literary Agency, which she launched in 2012. She represents authors from the UK, US, Australia, and Canada, and she has helped launched the careers of New York Times and Sunday Times bestselling authors, including Gail Honeyman, Fiona Barton, and C.L. Taylor. Right now, she is actively seeking submissions in the following areas: thrillers, mysteries, crime fiction, domestic suspense, edgy comedy, family drama, and literary fiction.

Want to submit your work? You can send Madeleine a query via email. Make sure your email follows the submission guidelines posted here.

Chris Bucci is a full partner, director, and literary agent at Ontario-based Cooke McDermid Literary Management. Prior to joining the agency, he worked at HarperCollins Canada and McClelland & Stewart. His clients include bestselling authors, such as Timothy Caulfield, Susan Delacourt, Bob Rae, James Grainger, Larry Burns, and David Casarett, among others. He is currently seeking thrillers, mysteries, literary fiction, historical fiction, and narrative non-fiction. He is also interested in non-fiction books in the areas of pop culture, popular science, memoirs, politics, history, and sports.

If you would like to submit your work to Chris, you can check out the submission guidelines on Cooke McDermid’s website. Please note that he is not interested in screenplays, poetry, graphic novels, or books on religion and spirituality.

Also from Cooke McDermid, Ron Eckel is a literary agent and the sitting vice president of the Professional Association of Canadian Literary Agents. Before joining the agency, he worked with Random House Canada, Penguin Group Canada, and Westwood Creative Artists. As an agent, he is most drawn to dark fiction, both literary and commercial, particularly psychological thrillers, horror, and suspense. For non-fiction, he enjoys entertainment, pop culture, music, and current affairs. His client list includes Eric McCormack, Michael Rowe, Jesse Wente, and Scaachi Koul.

Should you wish to submit a query to Ron, use the submission form on Cooke McDermid’s website.

Tara Wynne is a literary agent at Curtis Brown Australia, one of Australia’s leading literary agencies. She is also the president of the Australian Literary Agents Association. Tara holds an MA in English from Edinburgh University and began her career in the publishing industry at Sheil Land Associates. In 1998, she joined Curtis Brown UK before moving to Curtis Brown Australia in 2002. Tara represents authors of crime, thrillers, romance, fantasy, literary fiction, and select non-fiction.

Curtis Brown Australia only accepts submissions from authors residing in Australia and New Zealand, and their submissions are only open during the months of February, June, and October. For more information, check out their submission guidelines here. You can also contact them via email for any general inquiries.

What did you think of our list of top thriller literary agents? Please tell us in the comments box below.