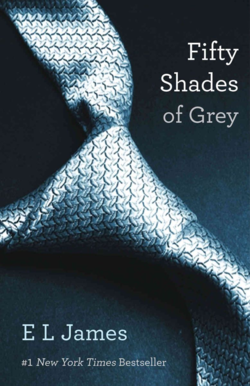 With newly released figures showing that E.L. James's Fifty Shades trilogy has sold over 100 million copies worldwide – spending a whopping 100 weeks on the New York Times bestseller list – it’s safe to say that her books have taken the publishing world by storm.

But can other fan fiction – and its authors – break out of internet forums and self-publishing into more traditional literary publishing models and markets like E. L. James has? Jo Gledhill, editor of Helen Hunting’s popular fan fiction Clipped Wings, which was published by Orion Books this week, thinks so. Jo joins us today to discuss the things you can do to get your fan fiction noticed.

Fan fiction is hugely fertile ground for creativity, and the Clipped Wings series is a perfect example of this. Clipped Wings and Inked Armour were huge in the fan fiction domain – Hayden and Tenley’s love story instantly captured the imagination of readers, letting them connect with their favourite characters in a new way.

From the first page, I was addicted to the tortured characters and the incredible chemistry between them. Helena Hunting used Twilight as her inspiration, saying that she wanted to explore the intensity and drama of the relationship between Bella and Edward. But, as with so much fan fiction, her characters became hers alone. Hayden Stryker and Tenley Page are definitely not replicas of Bella and Edward – they’ve grown, changed and come alive, entirely distinct and independent of Stephenie Meyer’s creations.

For me, as an editor, this is one of the most important considerations when I’m accessing whether a piece of fan fiction writing can lead a separate published life of its own. The original inspiration should be just that – inspiration, not the vehicle driving the entire work. Say you love the teenage angst of Twilight, or the boarding school dynamics of Harry Potter, or the boyish camaraderie of Sherlock, use this as your starting point and build a world of your own, create characters that you love and want to invest in. That way, others will too.

Publishers are always looking for great writing. This doesn’t mean that every comma has to be in the right place, it means that the voice captures the reader and holds on. It’s the same when we’re looking at originally self-published material of all kinds – there has to be a writer in there that we want to work with and develop. Plot snags and pacing issues can be worked on, but the writing voice is like your fingerprint; it’s unique to you. And it has to be strong. Find your style and stick with it, don’t try to write like someone else but embrace your own voice. 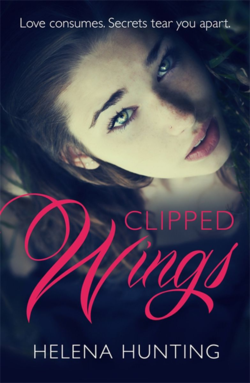 I genuinely love a lot of fan fiction. I like its episodic nature, the way you’re left with cliffhanger at the end of almost every chapter. I think the feedback mechanism between writers and fans helps to craft work that holds the reader in mind at all times. Fan fiction authors are writing to an audience who already exist and are avid, insatiable readers. It’s a great way to build and interact with a fanbase, something that publishers are always looking to do. Use this to your advantage and create busy and popular social media platforms, interact with your readers, start a blog. The more traction you can get in the fan fiction sphere, the more attractive you are to publishers outside of the genre.

Finally, decide whether you actually do want to find a mainstream publisher! It’s not for everyone. If you love writing and you love the support network of fan fiction, don’t think of it as a stepping stone. It’s a huge community with millions of readers, you’ll get some fabulous advice and feedback as your writing develops.

Do you read or write fan fiction? Have you been more inclined to after E. L. James's success? What are your thoughts on the genre? We'd love to hear what you think in the comments.