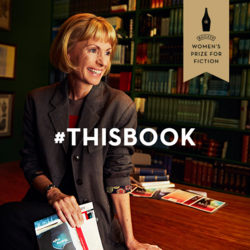 Shining a spotlight on books written by women, the Baileys Women’s Prize for Fiction has launched the wonderful #THISBOOK campaign this month, which encourages readers to talk about books, authored by women, that have had the most impact on their lives.

Today, members of Team Novelicious are joining the conversation and we're hoping you’ll do the same! In fact, to celebrate fabulous female fiction, we have two pairs of tickets to the Grazia First Chapter Event on Monday 2nd June to give away. If you’re an aspiring writer, the fourth annual writers’ evening, which starts at 6:30pm at the Southbank Centre in London and is hosted by the Baileys Prize and Grazia magazine, will allow you to get some of the best advice in the publishing business from the likes of Kate Mosse, Sarah Waters and Curtis Brown literary agent Felicity Blunt.

To win, simply share your own #THISBOOK with us on Twitter or Facebook – or in the comments here – before Friday at 5pm, when we’ll choose two winners.

Now, without further ado, here are the books that changed our lives…

Catherine Earnshaw was the first female protagonist that I truly felt a connection with. She was so unlike all the love-sick teenagers in the Point Romance series. She was wild and full of life, I saw myself in her when she was running free on the moors. Heathcliff was also my first literary crush! The passion he had for Catherine was so powerful and consuming, it intrigued me. When Catherine met Edgar, I found myself willing her not to fall for him and lamenting the story that could have been had she stayed true to her heart and married Heathcliff. Wuthering Heights affected me in several ways. Firstly, Catherine’s early behaviour validated my own tomboyish ways. It altered my sentimental view of romance, instead instilling the belief that it should be fun and slightly crazy. I also aim to create the same passion in my own writing. 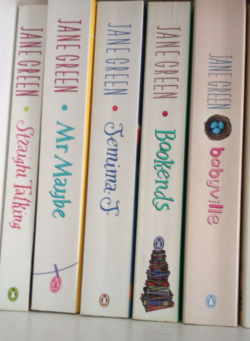 Back in 2000, I’d never heard of chick lit. I was 17 and still reading books geared towards young adults, but that changed the instant I plucked Bookends by Jane Green off the shelf and started to read. The book was a light, easy read, full of warmth and humour and relatable characters and I loved every page of it. I was drawn into the lives of these exciting characters who were likable despite their flaws and I didn’t want to leave them. From then on, I began to devour Jane Green’s previous books – as well as others within the genre. I was hooked. These were the kind of books I wanted to read and, ultimately, the kind I would write myself. I’d always wanted to be a writer, but Bookends gave me a focus and ignited a passion for the genre that still burns today.

Pride and Prejudice for the prose, the characters and the romance. To Kill a Mockingbird – eye-opening, brave and so relevant even now. My Sister's Keeper is, again, eye-opening as well as daring and heartbreaking. And Harry Potter for the sheer imagination. 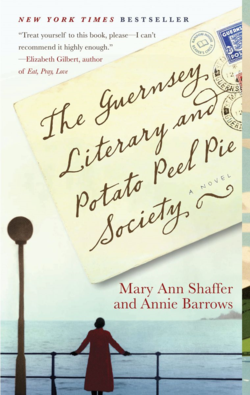 I’ve got two books that changed my life – greedy, moi? – the first has to be Pride and Prejudice by Jane Austen, my favourite one is an old leather bound copy that fits neatly into my hand. I love losing myself in the genteel life of that period where men, in my imagination at least, were beautifully dressed, had impeccable manners, and the women spent their times wandering around their gardens, reading, sewing, and that appeals to me, although I’d probably be bored very quickly. The other book has to be The Guernsey Literary and Potato Peel Society. I live in Jersey and although this island is quite different to Guernsey, there are obviously similarities and I love being transported back to the past and think it’s incredible that someone who wasn’t even from the Channel Islands wrote this wonderful book capturing the essence of these islands so perfectly.

Like Amanda and Debs, I struggle when it comes to choosing just one book, which has shaped or influenced my life. I consider myself lucky in that. To have been moved, nourished and intensely immersed in so many wonderful and magical stories is no bad thing, right? I was all of those things when I first read Rebecca by Daphne du Maurier at 13; moved by the passion and fear of the nameless, young protagonist, nourished by the skill of du Maurier's writing and utterly, wholly immersed in the secrets of Manderley. I’ve lost count of how many times I’ve read Rebecca and I’m still enthralled by it every time. Later, in my early 20s, I read a passage in Sylvia Plath’s The Bell Jar about something that I thought only I had ever felt. A woman I’d never met articulated my feelings so perfectly, it was as though the words had come straight from my own mouth. It had a profound impact on me and this book, written by a stranger almost 50 years before I read it, absolutely changed my life. 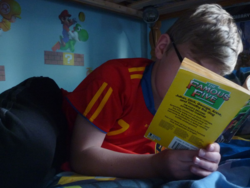 When I really think about it, I think the books that impacted my life the most were the ones I read as a child. The standout book for me would have to be Five Go Adventuring Again by Enid Blyton. That whole series transported me from my childhood bedroom to the English countryside, which was filled with mystery and adventure. The descriptions of the picnics that accompanied each adventure had my mouth watering and the cliffhangers had me reading under the covers way past my bedtime. Of course as a child I watched television, but it was books that I lost hours with. This series started my love of mystery and intrigue and I took great pleasure in imagining what the characters looked like in my head. A writer like Blyton uses her descriptive writing to draw you into a world that you are loathe to leave by the end of the book. My Famous Five books now reside on my son’s bookcase and he finds himself immersed in them just as much as I was, which is some feat in today’s electronic obsessed world.

My book is The Handmaid’s Tale by Margaret Atwood. I read it whilst I was training to be a primary school teacher and several months later, I had left this course to pursue my degree in Creative Writing and English. This book is unique and stand alone, it made me think and I loved the main character with such a passion that the thought of her being caught out and punished made me panic slightly as I read page upon page. This is society at its worst, and to have a strong yet vulnerable heroine as the main character gives the story much more of an edge. This is writing at its best and that’s why it is remembered. 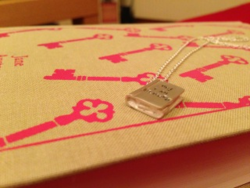 ‘Oh! I am delighted with the book!’ All of Jane Austen’s books are highly praised for their love stories, their strong women, their different subtleties, but it is Northanger Abbey that captured my imagination more than the rest. Catherine is naive but determined, and witty, warm-hearted Henry indulges her love of stories – perhaps too much. Who hasn’t been so caught up in a book that it starts to infiltrate their everyday thoughts? Catherine does this with disastrous results, learning that real life is not always as intriguing, or as shocking, as the gothic novels she has been devouring. I return to Northanger Abbey again and again, for its humour, its spookiness and its love story. When I first read it in my early teens, I was Catherine Morland, head always in a book, believing entirely in the power of stories. I still am.

Now, it's your turn. Which book has changed or impacted your life? Don't forget to include the #THISBOOK hashtag if you decide to tweet or share your thoughts on Facebook!