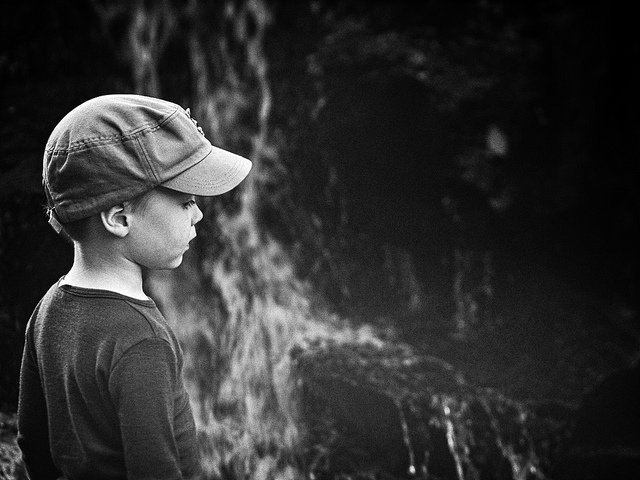 Every writer has had that special moment when a character appears in your mind’s eye fully formed, as if the character was standing next to you, talking to you, telling you their story. And that certain character usually becomes the protagonist of the story you will write. But, a full fledged story needs captivating, colorful characters that might not always come to you. And while you might take care of creating the “easy parts” like physical appearance, age and name, when it comes to their personalities, you draw a blank. Characters that are captivating need a lot of features and tributes. And below, we’ve gathered the ones that will stand out the most.

No, we’re not talking about a magical power, and no, your characters don’t need to moonlight as superheroes. But, all of the characters that have an important role in your novel should be exceptionally gifted at something. Maybe they’ll be highly perceptive, or have a beautiful voice. The crucial thing to remember is that this isn’t a shadowy ability the characters are unaware of – quite the opposite. They know it, and they show that they know it by their attitude towards it. They can hate it, or love it, and that attitude will become one of the defining aspects of their personality.

When you give your characters an aspect of their personality that is contradictory to who they are, or who they aspire to be, you automatically make them more complex and intriguing. For example, an unlikable, perpetually sarcastic character can become likable if they show a protective streak. Or, a little child can be so perceptive, or speak in such a manner that the reader cannot believe that character to be a child. Unlike the special ability, the contradiction doesn’t have to be acknowledged by the characters themselves. Instead, it can be a shadowy thing that’s only shown on the pages of your novel.

It’s a given that the protagonist always has a goal, something that he or she needs to accomplish during the course of the novel. But the protagonist isn’t the only one that needs this, but, as previously mentioned, all important characters need it as well. For example, the antagonist always wants and is very passionate about stopping the protagonist from achieving their goal. But, the rest of your “cast” need a passion as well, something that is directly or indirectly tied to what the protagonist is so passionate about. This ensures the other characters’ role and importance to the story, while adding another layer to the intricate weave of their personalities.

Every person has a weakness, something that gets to us more than anything else. And while that weakness might not be so apparent in real life, it needs to be shown and may be a little bit exaggerated in your characters. It will bring them to life, and make it easier for the readers to feel compassionate and connect with your characters. It can be a secret, or it can be something unexpected, or even contradictory. It becomes another part in the complex tapestry of your characters’ personality, and creates scenes filled with tension when they are put into a situation and they have to face their own demons.

So far, we’ve covered aspects of a character’s personality that are intricate, interconnected and even interchangeable. The special ability can be contradictory, and the passion of a character can become their vulnerability. The combinations between these four aspects are many. And then there is the blind spot. The blind spot represents a characteristic, be it physical, psychological or behavioral that the characters themselves aren’t aware of. In fact, they can be totally deluded.

For example, a character thinks they can hide secrets and have a perfect poker face, when in fact, they have many telltale signs and everybody else just goes with the flow, being polite and not telling them about it. When a character finally becomes aware of their blind spot, it’s a tense and dramatic moment. It’s a moment that leads to progress in the character’s development arc, and since characters and plot are so tightly woven together, this helps move the plot forward.

Image credit: Anne Worner on flickr and reproduced under Creative Commons 2.0[author] [author_image timthumb=’on’]https://writingtipsoasis.com/wp-content/uploads/2014/12/photo.jpg[/author_image] [author_info]Georgina Roy wants to live in a world filled with magic.
As a 22-year-old art student, she’s moonlighting as a writer and is content to fill notebooks and sketchbooks with magical creatures and amazing new worlds. When she is not at school, or scribbling away in a notebook, you can usually find her curled up, reading a good urban fantasy novel, or writing on her laptop, trying to create her own.
[/author_info] [/author]