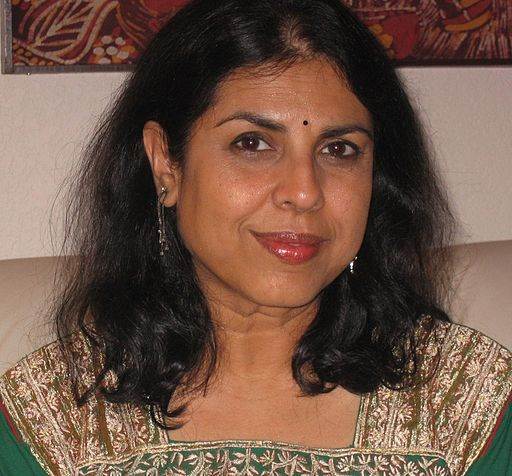 “Men have had every advantage of us in telling their own story.
Education has been theirs in so much higher a degree; the pen has been in their hands.”
– Jane Austen, Persuasion

His-story has always been the main component of literature. Women have been used, as mere shadows, in ‘telling’ his-story. For a long, long time, this has remained the general literary custom. Men locked women inside the house, and then claimed that they do not have a story to tell; they hardly step outside into the world! The women in literature have always remained thus a single dimensional figure – either the home maker, or the home breaker – either the angel or the monster. They have been stripped of their dignity as humans and have been used as mere props to tell a man’s story.

But this started changing with some female writers stepping up to tell the story of their sisters. A problem with our world is, the minute a woman raises her voice for the legitimate rights of her gender, she is labelled to be a bra-burning feminazi. Though there are some who managed to survive through these endless bouts of criticism and thus they emerged, in their entirety, as ‘writers’ who write about women. Chitra Banerjee Divakaruni is one such name.

Divakaruni is an author who questioned the un-human simplicity of female characters and claimed that women have never been portrayed in an honest manner. Most of her writing is thus a beautiful journey through multiple layers of intricacies of the woman’s mind. She explores one woman’s relationship with another, her desires, her hopes and her dreams. She also explores the further complexities of the women of the diaspora; the ones who have been uprooted from their own land, either by force or by choice, and have suddenly found themselves in a land of strangers.

Five is too short a number. I could tell you at least ten things you should learn from each of Divakaruni’s novels. But still, I will try to sum it all up and pack it within the count of five.

The first lesson to learn from Divakaruni, as a writer, is perseverance. Divakaruni was not born a writer. Neither did she have any gift of family legacy. She migrated to America when she was nineteen, to pursue her higher education. While she was doing her PhD, Divakaruni paid her fees by managing numerous alternative jobs at a bakery, at an Indian merchandise boutique and even a science lab. But she never moved her sight from her aim to become a writer; to tell the stories of women untold. Perseverance is an essential quality that you need to master if you want to become a writer. Because there will be times when everything will seem to fall apart. And yet you have to keep your eye on the end of the journey and walk steadily towards it, no matter what comes in the way.

Though she is primarily the voice of the women whose stories were buried deep, never to be found, yet Divakaruni explores various other genres and subgenres in her writing. Folklore, mythology, historical fiction, fantasy and magic realism are some of the genres found in her works. She never got comfortable with one particular genre. She explored multiples of them. As a writer, you should also learn to explore diversity in your literature.

I am not asking you to learn feminism from Divakaruni. For that bit, go find a Judith Butler book. But what you should learn from Divakaruni’s literature is the honest portrayal of women, as humans, with their own dignity, their own lives, their own desires and their own problems. In her writings, feminism is not about male bashing. It is about equality between the two genders. Even if your protagonist is a man, you should not push the women into shadows. Women also live a life, just like any man does. Hence they do have a story to tell too. Do not be gender biased in your writing. As a storyteller, be honest and realistic.

Divakaruni’s diasporic nostalgia is one of the beautiful things about her literature. The way she portrays the lives of those who do not belong anywhere – neither in their motherland, nor in the land where they live, which is the story for many of us. We, the ones who have lost touch with our roots, yet crave for the same all times. Diaspora and diasporic emotions of nostalgia and longing are beautiful yet scary. Try to understand such emotions from Divakaruni’s writings. After all, every story is the story of the journey of the characters, either from one continent to another, or something else.

Divakaruni’s portrayal of the intricacies of human emotions is breath-taking. There are emotions between happy and sad, between love and hatred. It is those intricate complex emotions that we feel which makes us human. As a writer, you should also learn to portray the honest and exact emotion of your characters. It is these complicated emotions that brings characters to life.