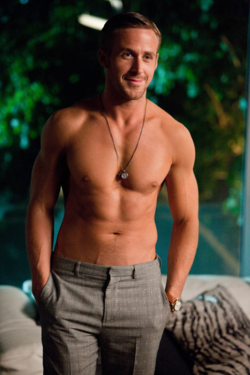 Today I want to talk about – lowers voice – sex. Actually, I don't really want to talk about it at all and I'm blushing as I type this sentence, but since sex is a human activity and books are in the business of reflecting and illuminating life, I shall soldier on.

My instinctual embarrassment is, of course, the key to why it can be extremely difficult to write a good sex scene. So my first bit of advice is to pretend that nobody is going to read what you're writing. Ever.

My second bit of advice comes from author Keris Stainton. "Think about what your parents would least like to read and write that." This came from a jokey conversation on Twitter, but she's absolutely right – you need to shelve all childhood hang ups about being 'good' or 'polite' or 'proper'.

Just as an exercise, why not write the filthiest, most disgusting scene you can imagine? It doesn't have to go into your finished book, but once you've done that (and a thunderbolt hasn't hit you), you might find that you feel somewhat limbered up for the real event. So to speak.

It's very hard – I mean, difficult – to write this week's column without descending into innuendo, which leads me to the difficulties of language. The words that you use to describe the anatomy of your characters and the activities within the scene are down to both personal choice, and the tone and genre of your book.

Turn to other books in your genre and look at the language used in the sex scenes. Scenes which you don't think work are just as valuable as the brilliant ones if you can work out the difference. If you're still not sure about your choices, then give the scene to your critique partners or, if that's too mortifying a concept, discuss sexual language with them in a more abstract way.

It's worth bearing in mind, however, that you probably need to describe far less of the nitty gritty than you think. After all, you can assume that your readers already know how sex works.

The great Jennifer Crusie (who writes wonderful sex scenes) says: "Sex scenes are about sex the way dinner scenes are about dinner, which is to say, not. Sex is the action the characters are doing, but it’s not what the scene is about."

It's far better to concentrate on what your point of view character is experiencing and feeling, and how the action of the scene (which just happens to be sex) changes the characters and story.

Also, don't forget that you might not need to write the sex scene at all. A sex scene is just like any other scene in your book. If it doesn't pull its weight (if it doesn't move the story forward and the characters don't change or learn something vital) then you can happily close the bedroom door and move on.