Serialised novels have become quite the publishing trend of late, recreating the wild success of Charles Dickens’ The Pickwick Papers, which was published in installments in 1836. We’re spoilt for choice when it comes to bite-sized fiction right now with authors such as Cathy Bramley, Lisa Dickinson, Harriet Evans, Katy Regan and Lucy Lord releasing fantastic novels in parts over the last year. If you’ve ever considered writing serialised fiction, we have our very own Cressida McLaughlin, author of the four-part Primrose Terrace series, here to offer advice. 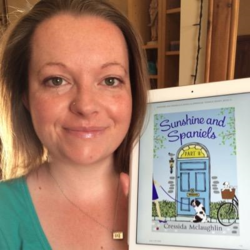 Writing a serialised novel (in my case, at least) puts you in the daunting position of having the first part published long before the last part is finalised, so only planning the beginning and the ending, and then feeling your way through the middle doesn’t work. For A Christmas Tail I planned each chapter and scene in great detail, so I wouldn’t get to the last part and want to change something at the beginning, and then have a meltdown because that bit had already been published. Having everything tightly structured also made the writing process much freer, as I didn’t need to worry about what was going to happen next, and could really enjoy writing each scene.

Writing a series means your story has to work in its parts and also as a novel, with some plotlines being resolved in a single installment, and others threading throughout to give the complete novel a rounded, satisfying ending. Think about which characters are central to the novel, and which have starring roles in only one or two parts. You can use each part as a different stage of the hero or heroine’s development – with Cat in A Christmas Tail, Wellies and Westies sees her start her new business, and in Sunshine and Spaniels she begins to grow in confidence, helping her clients with more than just dog walking. I don’t want to spoil too much, but in Raincoats and Retrievers she might get a little over-confident, and then Tinsel and Terriers shows the last part of her journey. 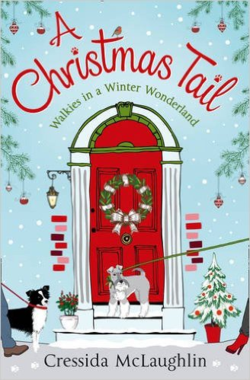 This follows on from number two, but is important enough to have a tip all of its own. Leaving readers on tenterhooks at the end of a section is one of the joys of writing (and reading), but if there’s going to be a two-month gap between one section and the next, make sure you pitch it right. You want to leave people waiting eagerly for the next part, but don’t want a cliffhanger of such magnitude that they throw their Kindle out of the window in frustration. Although this is a sure sign that your story is engaging, the novellas need to have satisfying endings too.

4.  Learn from other writers

Recently, women’s fiction authors like Cathy Bramley, Lisa Dickenson and Harriet Evans have published very successful serialised novels. But you can also look to Charles Dickens (most of his novels were published in monthly or weekly installments, starting with The Pickwick Papers, serialised between April 1836 and November 1837) and Stephen King, who first published The Green Mile in six parts. You could do a lot worse than read some of these authors to find out how they made sure readers picked up the next part.

The great thing about writing a serialised novel is that you get to enjoy all the brilliant things about having a novel published, but more than once! OK, so you have five sets of copy edits to do, but you also get five glorious covers, five publication dates and the joy of reviews and comments and feedback for each part, as well as the novel as a whole. Writing a series may add a few extra layers of complication, but it is a fun and fascinating way of publishing a novel, and the rewards are well worth it. I’m just starting my second serialised novel with HarperCollins, and I’ve learnt a lot from A Christmas Tail. To say I’m excited about writing book two is an understatement!

A Christmas Tail, the complete Primrose Terrace series in paperback, will be published in November.