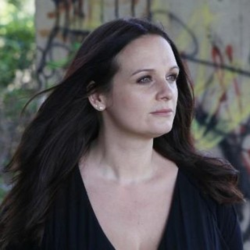 I always start my novels with a ‘What if…?’ question. For my most recent novel The Lie the question was ‘What if four friends had to turn on each other in order to survive?’

Once I’ve got my question I begin mind-mapping. I take a large sheet of paper and write my question in the middle, then I start brain storming everything and anything that occurs to me.

Who – are my characters?

Where – is the action set?

What – does my main character want?/What’s her goal?

How – do I prevent her from achieving it?

Characters need to have a goal, something they desperately want more than anything else in the world. It has to be something that’s difficult for them to attain, there have to be a lot of risks and difficult decisions involved and there has to be real, or imagined (there’s the unreliable narrator again), danger along the way. If your reader likes your character enough they’ll be mentally urging her on to achieve her goal, holding their breath as they turn the pages.

In both of my psychological thrillers I feature present day and past threads and give my main characters goals in both. In The Lie present day Jane wants to discover who sent her a note saying ‘I know your name’s not really Jane Hughes’ whilst Jane in the past wants to survive the deadly situation she finds herself in.

TIP: To create lots of conflict have your secondary characters’ goals clash with your main character’s goal.

The final part of my plotting process is to see how everything fits into the Three Act Structure, which is the foundation of most great plays, novels and films. 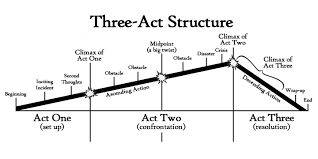 I don’t have enough time in this article to explain how the Three Act Structure works (there are some great websites and books on the subject) but, essentially, I need to work out most of the points labelling on the image above, particularly the inciting incident (that’s what sets my character off on her goal), what the midpoint is (it’s the twist or reversal in the story where everything the reader thinks is true is turned on its head) and what the climax of the story is (where the main character finally achieves her goal).

That’s basically it. If I’ve been through each of those steps, and I’ve completed all my research, I’m pretty much ready to get writing.

The Lie by C L Taylor is out now.