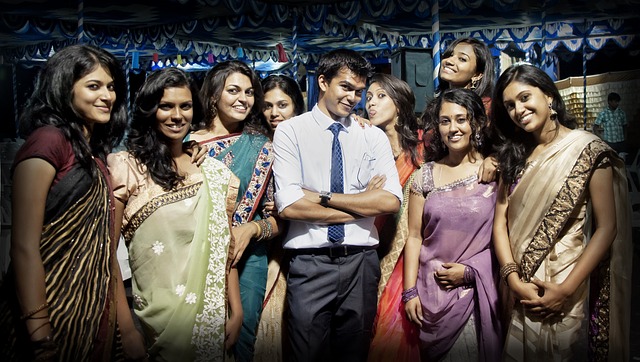 Creating characters for your stories is much more difficult than it seems. Of course, the protagonist will be the character that is fleshed out the most, but often, we create the secondary characters using stereotypes without realizing. This happens because we absorb the way characters are created in movies, other books, and stories. Then, when you create stereotypical characters, your readers will think you are not a professional writer, and will dislike your stories because the characters are stereotypes. A lot of readers will not read any of your other work, even if they liked the plot of your story, just because you have written about stereotypical characters. This is why we’ve gathered the worst offenders of male character stereotypes below.

The eternal bachelor, the one who always “gets” every woman he wants. He is a spy; he could be in the military, or have another highly interesting and mysterious job. He also doesn’t care about other people’s feelings, but deep down he is simply misunderstood until the right woman comes along to change him. He is a popular stereotype among romance novels as the protagonist, or in other types of novels where he is a close friend of the protagonist. This stereotype is insulting to both men and women – it implies that most women are unable to resist the womanizer’s odd charm, and it implies that whenever men are not in a serious relationship with a special woman, they are womanizers.

Mystery novels, science fiction novels, any novels and stories where someone has to solve a riddle that requires a little bit of thinking to solve, the protagonist turns to his faithful brainy sidekick, who solves the problem without any trouble. Not only that, but the sidekick does it because he is friends with the protagonist. And once he solves the puzzle, the brainy sidekick is completely forgotten. It’d be a lot easier to simply make your protagonist brainy enough to solve the riddles and problems, and have him communicate and coexist with characters that aren’t present in the book only to solve a problem and then be forgotten.

The most popular romance novel stereotype. He is a CEO of a major company, or he owns it. He can also be a rock or a pop star. He is absurdly rich without having ever to actually do any work, or feel stressed about his work. He always has time for his lady, and loves to shower her with expensive gifts. He also has the best body, the kind of body that says “I work out every day for two hours at least,” but he is never seen to exercise in the book. The image is accompanied by the typical alpha male behavior: he likes to be in control of everything, including the woman he wants to be in a relationship with. And women, for some reason, seem to like that. He has plenty of casual encounters, same as the womanizer, until he finds the special snowflake he will want to spend his life with. And the only reason why he is so smitten with the special woman is because she said ‘no’ when he first asked her out. But she ends up being under his influence and control regardless, because she is in love with him. And no, we don’t really know why she loves him.

He has a troubled past, implying that he doesn’t know anything better. Don’t worry though, the right woman will come along and change him with her love, because that’s super realistic. He mistreats people, can be mean and aggressive, but will turn sweet like a teddy bear once given the opportunity to prove himself and the love of a good woman. A person doesn’t have to be mean because they have a troubled past, and bullies that are cruel simply because they are insecure is not only a stereotype, it’s also unrealistic.