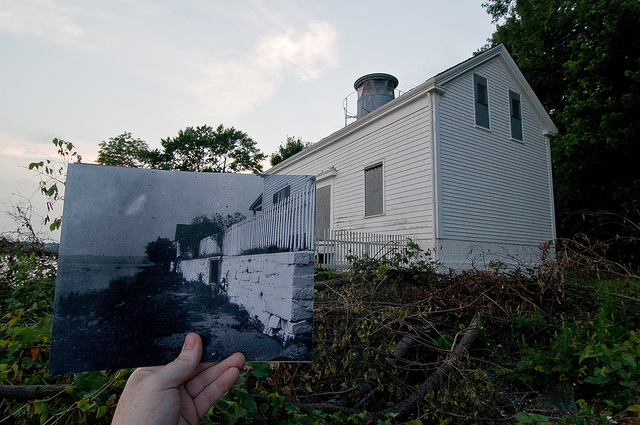 Backstory is the accumulation of all the small details of the characters’ earlier lives. It encompasses everything that has happened to them before the start of the novel. It explains who they are and which events led them to become that person at the moment when the readers meet them. Think of it as the story that happened before the story you’re writing takes place. But, backstory stops the flow of the action, and, often, makes the readers put your book down and forget about it for weeks to come. In order to avoid this, your backstory has to be important to the reader, the plot and the action. There are a few ways to convey backstory that will engage the reader.

Create a complete backstory for each of your characters. They need to be fleshed out, and you need to create the events of their lives that shaped them and made them become who they are. By all means, write as much backstory as you can. However, don’t include all of it in your novel. Remember, the reader doesn’t need to know everything that shaped your story world – only you do, so that you can tell the story better and make it more realistic.

Unless you are beginning your novel with a prologue, start with the action right away. It is better to include the backstory later; allow some mystery to engage the reader at the beginning. Make them question who the characters really are, and have them keep reading. Focus only on revealing just enough so that the reader understands what’s going on, even if they don’t understand why that is happening. Giving away too much at the beginning will stifle the reader, because all of it is not important or connected to what is happening at the moment.

3. Reveal as little as you can

Give your characters the opportunity to be secretive; it will make them more interesting to the reader. It adds suspense, and increases the drama in what you’re writing. Reveal the backstory through small bits and pieces throughout the novel. Just a few sentences here and there, instead of long pages that stop the momentum of the plot. This way, you keep the reader engaged into the story – by the time they realize that the action has stopped, it has already continued. Remember, you’re not telling two stories – you’re only telling the story of the present. And the readers are not that interested in your characters’ past, no matter how interesting it might be. They want to know what’s happening here and now.

There are several methods to successfully deliver backstory, and they all depend on the plot. You can convey it through dialogue, showing the dynamics between the characters by the way they talk to each other, and how much they know about one another. Or, you can tell it through reflections and flashbacks of the protagonist. Remember to avoid the general re-telling of what happened, and twist the story (within the confines of the plot, of course) until you find an interesting way to tell the reader what had happened.

No matter which method you choose to convey a certain piece of backstory, make sure that it’s relevant to the action. As an example: don’t have your hero, who is being chased by gang members; remember something totally random and unrelated to the present scene. The reader will not care about it; and it’s easy to realize that the hero wouldn’t be thinking about it either. Use it to set up actions and events that are to follow, or to explain the motivation between a character’s action and decisions.

Image credit: Jason Powell on flickr and reproduced under Creative Commons 2.0[author] [author_image timthumb=’on’]https://writingtipsoasis.com/wp-content/uploads/2014/12/photo.jpg[/author_image] [author_info]Georgina Roy wants to live in a world filled with magic.
As a 22-year-old art student, she’s moonlighting as a writer and is content to fill notebooks and sketchbooks with magical creatures and amazing new worlds. When she is not at school, or scribbling away in a notebook, you can usually find her curled up, reading a good urban fantasy novel, or writing on her laptop, trying to create her own.
[/author_info] [/author]