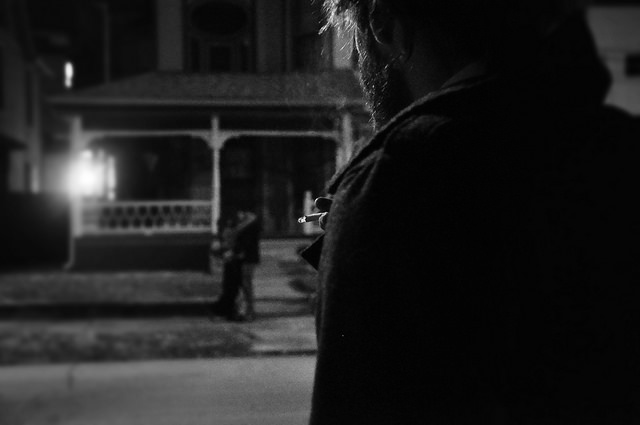 Good mystery novels have the same general characteristics of every type of a good novel: fleshed out characters that captivate your mind long after reading about them and an unpredictable and exciting plot, executed through an exceeding amount of showing instead of telling. However, they are special in several ways. The plot is based around a crime, most often murder. The central conflict is between someone trying to solve the crime, usually the protagonist, and the criminal who is trying to evade capture and cover his, or her tracks. In order to create a good mystery, there are several key elements to incorporate into its content.

Allow the readers the same amount of clues as to your protagonist, and give them the opportunity to analyze said clues and try to solve the mystery at the same time, if not, before the protagonist does. This will effectively turn the novel, and the reading experience, into a game. However, be careful not to give too many clues beforehand, and avoid clichés, because that will make the story predictable and the reader will lose interest pretty soon into it.

2. Give the protagonist experience

The protagonist in a mystery novel is usually the person that’s trying to solve the crime and capture, or reveal, the culprit. Make sure that your protagonist has enough experience, conveyed through the backstory, in order to get to the bottom of the mystery. If the protagonist is an ordinary person thrust into the action outside of their own control, make sure they have someone with a vast amount of knowledge that helps them. This helps make the story realistic and gives credibility to the events in the plot.

Give your protagonist a time frame that seems impossible, or make the stakes even higher by placing people’s lives in danger. This will elevate the suspense in the novel and engage the reader even further. Make your characters sympathetic, flesh them out and give them solid reasons as to why they choose to go after the criminal. Make the readers connect with them on an emotional level, and use that to make the plot that more exciting to read.

4. Round up several suspects (who are all liars)

Create these suspects as people who might have wanted to commit the crime and have the motive, or as people who could have committed the crime by having the means and the right background. At least one of them should come as unexpected, or outside the box if you will. The important thing is that all of them have something to hide, and only one of them is trying to cover their tracks. Your protagonist will have to discover what the suspects are hiding, which will make the plot a lot more fun.

Make sure to research all the aspects of the crime, the solution and the method. If someone got poisoned – make sure to research everything about that particular poison and why it was used to murder the victim. Additionally, if the police get involved, or your protagonist is connected to them, make sure to research the right procedures. Before you start writing your novel, plan everything. Know who committed the crime, how they did it and why. Make an outline of the novel for your eyes alone, an outline that will depict the movement of all the characters in your novel. This will help you with placing the clues at the right place at the right time. Include as many fake clues (commonly called red herrings) as you can, as long as they don’t create gaping holes in your plot.

Image credit: Holly Lay on flickr and reproduced under Creative Commons 2.0[author] [author_image timthumb=’on’]https://writingtipsoasis.com/wp-content/uploads/2014/12/photo.jpg[/author_image] [author_info]Georgina Roy wants to live in a world filled with magic.
As a 22-year-old art student, she’s moonlighting as a writer and is content to fill notebooks and sketchbooks with magical creatures and amazing new worlds. When she is not at school, or scribbling away in a notebook, you can usually find her curled up, reading a good urban fantasy novel, or writing on her laptop, trying to create her own.
[/author_info] [/author]