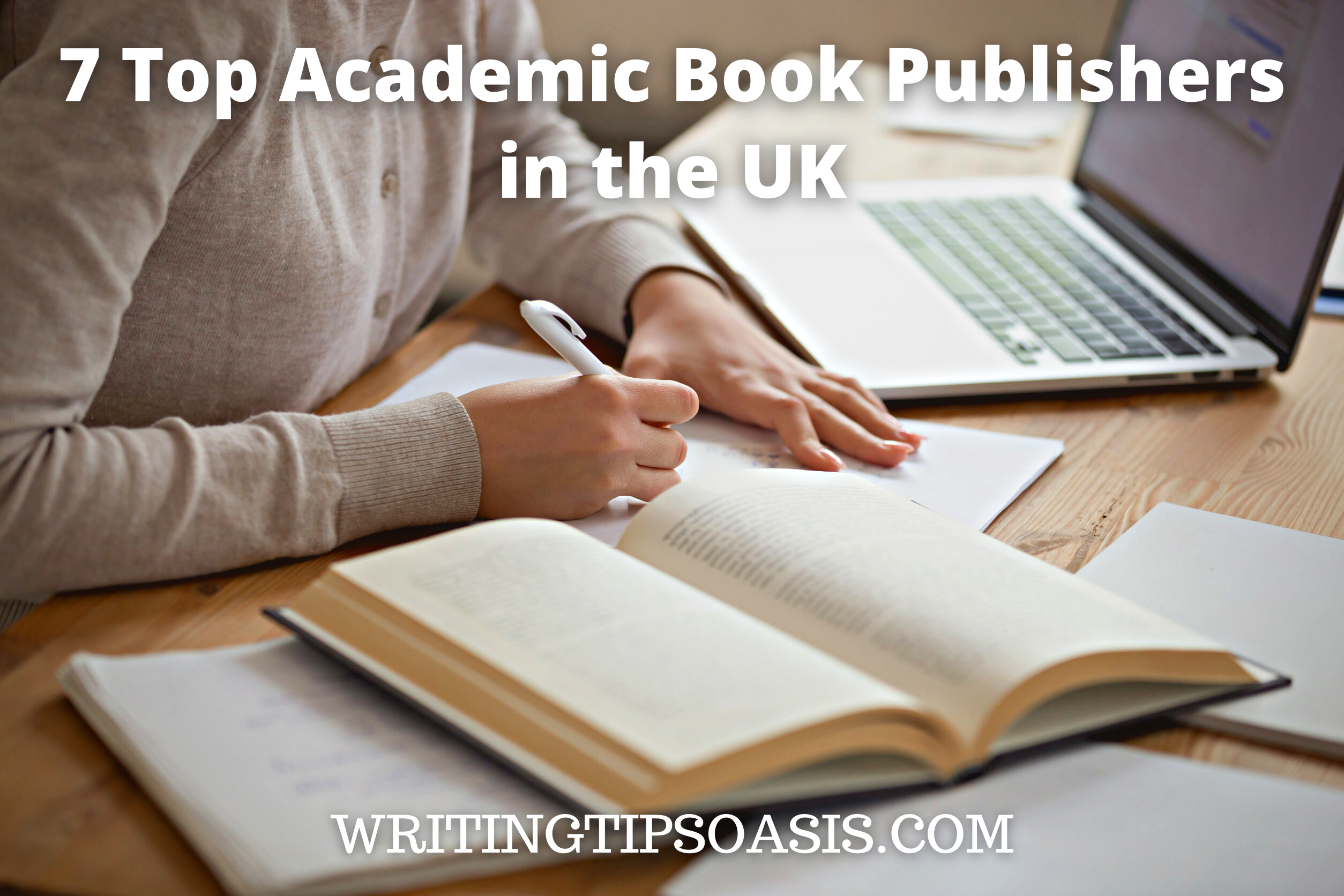 Looking for a reputable book publisher who can publish your recently written academic manuscript? You don’t need to look further. Below we’ve featured 7 top academic book publishers in the UK for your review!

Caister Academic Press first opened their doors in 1993. Based in Poole, England, they are a leading publisher of academic books and specialize in those relating to molecular and microbiology. They publish both regular books and e-books, and offer practical manuals, review documents, and reference texts. Their books are aimed at biology professionals, graduate students, and academic research scientists.

Titles published by Caister Academic Press include Climate Change and Microbial Ecology: Current Research and Future Trends by Jurgen Marxsen and Veterinary Vaccines: Current Innovations and Future Trends by Laurel J. Gershwin and Amelia R. Woolums. If you have a manuscript in the area of molecular or microbiology, you may want to consider publishing in their academic journal Current Issues in Molecular Biology – learn more about their submission requirements here.

Liverpool University Press is one of the oldest university press publishers in the United Kingdom. First established in Liverpool in 1899, they have published some fascinating and scientifically crucial works, including those authored by Nobel Prize winners. Today, Liverpool United Press publishes around 150 books a year, approximately 40 journals, and also has a number of e-book collections on a wide variety of topics.

Books published by Liverpool University Press include Pen, print and communication in the eighteenth century, and The Transformation of Rural England by Tom Williamson. If you are interested in publishing with Liverpool University Press, spend some time browsing their online bookstore to ensure that your manuscript falls within their areas of interest. If you believe it does, learn more about their submission guidelines here.

As well as Social Sciences, Manchester University Press publishes books relating to business, economics, geography, anthropology, and more. Titles include The Politics of Alcohol by James Nicholls, and Death, Life, and Religious Change in Scottish Towns by Mairi Cowan. If you’re interested in submitting to Manchester University Press, learn more about the submission process here.

Based in Edinburgh, Scotland, Dunedin Academic Press publishes books by authors from all corners of the world. Their books are targeted at researchers, with titles suited for everyone from undergraduate researchers to scholars and professors. While they publish in a range of scientific disciplines, Dunedin Academic Press specializes in books in the fields of environmental science, geography, earth sciences, and geology.

HarperAcademic is the academic publishing portion of HarperCollins, a world-famous publisher with a rich background in publishing spanning more than two centuries. HarperAcademic offers both fiction and non-fiction titles specifically targeted for college and high school classrooms, and publishes on a wide range of subjects including economics, film studies, anthropology, foreign language, Jewish studies, psychology, and so much more.

Titles published by HarperAcademic include The Dressmakers of Auschwitz by Lucy Adlington, and Across the Airless Wilds by Earl Swift. If you’re interested in submitting a manuscript, you can do so through parent company HarperCollins. While unsolicited manuscripts are accepted by some HarperCollins imprints, you may have better success working through a literary agent. Learn more about the manuscript submission process here.

Books published by Imprint Academic include Identity Politics & Tribalism by Nikos Sotirakopoulos, and Culture War by Alexander Adams. Imprint Academic is a small publisher and can only publish a limited number of new books each year. However, they do accept unsolicited manuscripts from prospective authors; you can learn more about the submission guidelines for Imprint Academic here.

Bloomsbury was established in 1986 and is now a global leading book publisher, having published works of authors who have won prestigious awards, including the Booker, Pulitzer, and Nobel prizes (including the beloved and infamous Harry Potter series). As an international publisher of academic and other titles, Bloomsbury has offices in London, New Delhi, Oxford, Sydney, and New York. Academic books are either published directly by Bloomsbury, or under one of several imprints.

Bloomsbury Academic predominantly publishes titles in the Humanities and Social Sciences fields. The academic division publishes more than a thousand books annually, with titles including The Design of Race by Peter Claver Fine, and Stalinism at War by Mark Edele. Bloomsbury Academic accepts submissions for academic books in all of their subject areas. Contact their editors directly or learn more about the submissions process here.