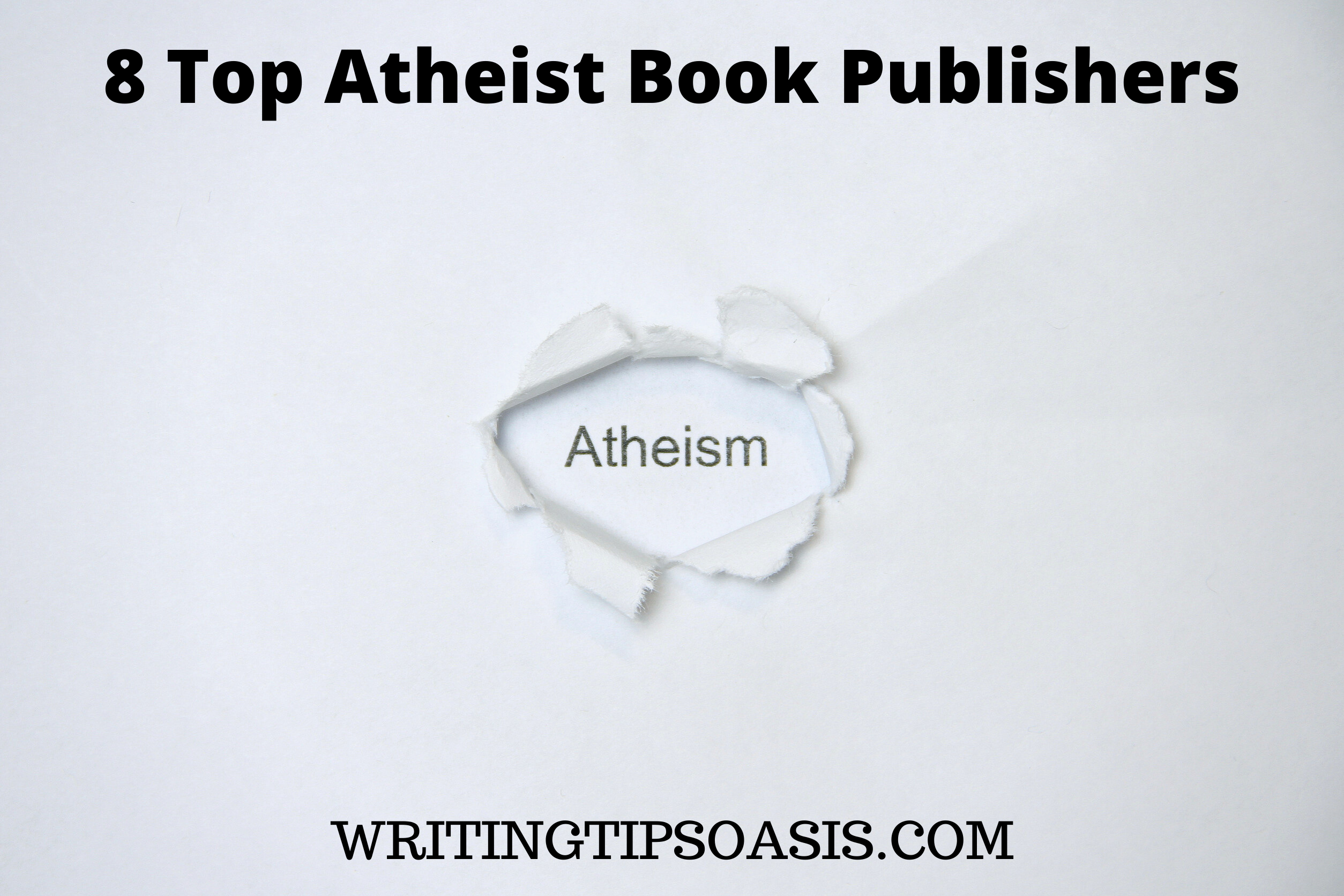 If you’ve written a book that falls under the category of atheism and are looking for a publisher, we’re here to help. Below we’ve featured 8 top atheist book publishers.

Now considered the original publisher of books on atheism and agnosticism in the US, Prometheus Books was founded by Paul Kurtz in Amherst, New York in 1969. Their mission from the beginning has been to provide book readers with books that provide open discourse and thought. Some notable atheist titles they’ve published are Cross Examined: Putting Christianity on Trial by John Campbell and Respectful Atheism by Thomas Sheridan.

As Prometheus Books is always looking to expand the horizons of its readers, they are always taking new book submissions. You can find the guidelines here. Contact them here if you have any questions.

One of the newer secular publishing houses in recent years, Pitchstone was founded by Kurt Volkan in Durham, North Carolina in 2003. They believe wholeheartedly in the concept of free speech leads to free thinking, and to that end, has published both religious and secular titles; although, many of their books lean more toward the secular and scientific than religious. Some of their atheist works include A is for Atheist by Andrew Sneddon and Atheism and Faitheism by Robert Price.

Pitchstone accepts submissions via mail or email; you can submit your own manuscript via the guidelines at this website. Contact them for any other questions.

Another secular publishing house new on the scene is Freethought House, established in 2014 and located in Farmington, Minnesota. They are devoted to publishing books which challenge and push the boundaries on what constitutes critical thinking and free thought, especially within US cultural norms. Some of their atheist titles include Free to Roam: Poems from a Heathen Mommy by Megan Rahm and Animal Liberation and Atheism by Kim Socha.

If you think your manuscript aligns with their principles, feel free to submit it for consideration following the guidelines here. If you have other questions concerning author events, publications, or general information, you can email them here.

Armin Navabi started Atheist Republic in 2012 to build a supportive social network for those who live their lives without religion. While not strictly a publishing company, Atheist Republic do independently publish their own titles concerning atheism and agnosticism. A few of their previously published titles include Why There Is No God: Simple Responses to 20 Common Arguments for the Existence of God by Armin Navabi and Facing Oblivion: Essays on Life, Death and Grieving from a Nonbeliever by J.D. Brucker.

Atheist Republic is always considering new publications, but as their submission page is down, it is easier to email them your manuscript idea through their general contact page found here. It is suggested that you browse their current titles first, to make sure your idea aligns with their previous catalog.

Ray Riegert and Leslie Henriques founded Ulysses Press in Berkeley, California in 1983 as a travel writing publishing company before expanding a few years later into more subjects. While not strictly an atheist publishing house, Ulysses Press aims to publish books other publishing houses might turn away because their subjects are outside the mainstream, including books on atheism and agnosticism. Some of their atheist titles include Atheist Universe by David Mills and The Homemade Atheist by Betty Brogaard.

They accept unsolicited manuscripts, so if you have an idea for a new book, read through their submission guidelines before submitting.

Established in Berkeley, California in 2007, Counterpoint Press aims to publish works of fiction and nonfiction, poetry, anthologies, and magazines which could be considered avant garde in its contemporary cultural climate. Two of its publications regarding atheism include Spiritual Atheism by Steve Antinoff and Living Without God by Ronald Aronson.

While Counterpoint Press is not currently accepting unsolicited manuscripts, they do accept manuscripts through literary agencies (apart from poetry manuscripts, which they will not take for the foreseeable future). You can contact them here if you have any other questions.

Founded in 2017, Hypatia Press publishes fiction and nonfiction titles promoting secular, nonreligious, and freethinking viewpoints. While its current body of work is small, the titles so far published all present a rational or competing viewpoint of Christianity and organize religion, in general. Two of its more obviously atheist titles include The Case Against Miracles, edited by John Loftus and Disproving Christianity and Other Secular Writings by David McAfee.

Because they are still just starting out, Hypatia Press is always looking for new titles to publish. You can submit idea via their submissions page here. You can also follow them on their social media pages to follow their new publications or contact them directly.

Founded in 2010 in Hampshire, UK, Ginger Prince Publications has been publishing mostly nonfiction atheist and agnostic titles under its Onus Books imprint, which aims to provide its readers with books dedicated to rational thought and science-based world views. Two of their atheist texts are Dot, Dot, Dot: Infinity Plus God Equals Folly by James Lindsay and Beyond an Absence of Faith: Stories About the Loss of Faith and the Discovery of Self, edited by Jonathan Pearce and Tristan Vick.

Since Ginger Prince publishes both fiction and nonfiction titles (Loom is considered their fiction imprint), there is opportunity for them to accept your manuscript if you have one to submit. They don’t have a submissions page, but you can contact them via their general contact page here.