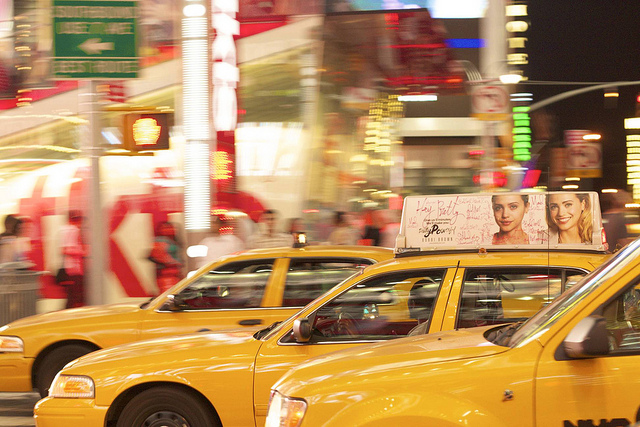 New York is often acclaimed as the cultural capital of USA and is one of the more famous cities in the world. From a literary viewpoint as well, the city makes it to the top. Let’s see why New York is so popular in the literary world.

New York has a rich literary history and hence, has a disproportional number of famous literary landmarks. Places like Tiffany’s, Brooklyn Bridge, Washington Square Park, Central Park Carousel and many others make an appearance in famous classics like Breakfast in Tiffany’s and The Catcher in the Rye, as settings for interesting and important scenes and are now preserved as literary history in the city. New York is filled with such places and you can take special tours just to visit these landmarks.

The Greenwich Village in New York was the epicentre of poets, playwrights and authors in the 20th century. The heritage of what can easily be considered the first and primary literary and intellectual community in USA is now an integral part of the rich literary history of the city. With close to fifty landmarks within the confines of this small place, Greenwich Village is even today a must-visit for literature lovers.

New York has some of the best book fairs among the thousands held annually around the world. There are all kinds of book fairs taking place around the year, making it a delightful city for book lovers. Some of the more prominent ones are: New York Antiquarian Book Fair, where you can find rare books, manuscripts, maps, etc. You can also attend New York Book Festival, which offers interviews and speeches with authors as well as all kinds of books. There are also occasional used book fairs and street book fairs.

From Henry Miller to Mark Twain, and more recently, from Arthur Clarke to Salman Rushdie, New York is a hotch-potch of authors. Even authors who are not from the city often live here in the literary hub of the world, before moving on, their careers made. Even today, New York boasts of more than a hundred authors, who are still giving shape to English literature, just as their predecessors did in the previous century.

Jews immigrated to New York in large numbers from Eastern Europe in the late 1800s. The first Jewish settlement in USA was in New York. All this led to New York being a hub of Jewish literature in the US. Authors such as Abraham Cahan, Mary Antin and Anzia Yezierska quickly made a name for themselves writing about New York from their own unique perspective. Recognising the contribution of New York to this enrichment of literature, the Jewish Book Council has started the Jewish Literary Map, a map with landmarks and descriptions of famous Jewish authors.

New York is famous for its pubs and bars which often host literary evenings much like bars around the world host special musical evenings. With places like KGB Bar, Café Loup, and White Horse Tavern, you can listen to authors reading their books, spend time reading, or if you are an aspiring author, you can also work in peace, in any of New York’s many literary bars.

New York has a large number of books to its name. From exploring the history of the city to outlining specific experiences, authors have waxed lyrical about New York in the several dozens of books written on this subject. You can easily find many books on New York written from different perspectives if you want to read up.

Image credit: Sakeeb Sabakka on flickr and reproduced under Creative Commons 2.0[author] [author_image timthumb=’on’]https://writingtipsoasis.com/wp-content/uploads/2015/02/IMG_20141217_101736441.jpg[/author_image] [author_info]Kavitha is a freelance content writer and French translator, and has been working in this field since 2008. She has degrees in computer applications and international business and has a background in business and international trade. She enjoys learning languages and is currently learning Japanese. Her interests vary from books and writing to travelling and history.[/author_info] [/author]