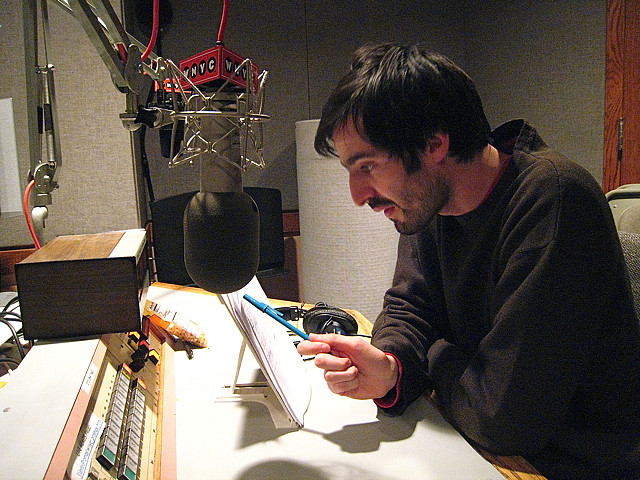 Radio has been a popular form of entertainment for decades, and radio dramas or plays are an excellent outlet for writers to test their creativity. Radio dramas can be original stories or adaptation of novels or stage plays. Radio plays also have scenes, sequences and acts, but these do not have to be structured like stage plays. There is a lot of flexibility and creativity allowed in radio drama, and the medium of sound is also unique. Here are some tips for writing scripts for radio dramas.

Writing for the ear

Novelists and screenplay writers will have to change their writing style so that they are writing for the ear, and not the eye. Listeners cannot go back to read the previous line, nor jump ahead. Everything at that moment has to make sense, and be visualized by the listener. Use dialogue, sound effects, music and even silence to convey the action and the drama. This can be done by including careful and specific cues for the different audio elements in your script, so that the show creators can understand your vision. Keep the script to the essentials. Radio plays cannot have too much prose or lengthy dialogues. Everything needs to be short and snappy, and to the point.

Make the most of radio as the medium

Sound is a powerful channel, and good radio dramas allow readers to visualize the action and immerse themselves in the story. While you can choose any theme or genre for your drama, radio lends itself particularly well to certain types of stories, like science-fiction and suspense. One of the most famous radio dramas that radio script writers should use as inspiration, is the science fiction play by Orson Welles, War of the Worlds, which was adapted from the novel by H. G. Wells. This play was broadcast in America in 1938 without introducing it as a show, and it was so well performed that it convinced thousands of listeners that there was indeed a Martian invasion, and created mass panic and phone calls to NASA for hours after the show! While this may not be the reaction you are looking for, it shows how realistic and powerful a good radio drama can be.

Jump right into the action

A radio drama can be more challenging as it has to hook the listeners in to the action right away, otherwise listeners will lose interest and flip the station or channel. The first two minutes are the most important, so make sure that you start your drama at the right moment in your story. According to radio industry experts, the rule is to ‘get in late, leave early’. This means you should enter the story at an advanced stage, when the action has begun or in the middle of a crisis. The setup, build up and background details are not necessary, unlike with books and movies. You can let the necessary details unfold later in the drama.

Similar to screenplays, radio scripts also need to follow the specifications of the industry, so that radio show producers can find the script useable. Your script should follow all the conventions to make you look like an insider, and also to keep your script from getting tossed away without a glance from the busy producers.

Make sure to include the script cues for music, sound effects, silence, dialogue and other audio requirements into the play, so that producers can visualize how the script will translate into a show. Also, try to include information for the actors so that they can bring your vision to life. For example, use adjectives to describe how they should sound when they read each of their lines- sadly, angrily, laughingly, etc. Also, limit the number of characters, and give each one a distinct and unique voice and style.

Image credit: joce01_y on flickr and reproduced under Creative Commons 2.0[author] [author_image timthumb=’on’]https://writingtipsoasis.com/wp-content/uploads/2014/02/CS_Rajan.jpg [/author_image] [author_info]CS Rajan is a freelance writer who loves to write on various topics, and is currently working on her first novel. [/author_info] [/author]