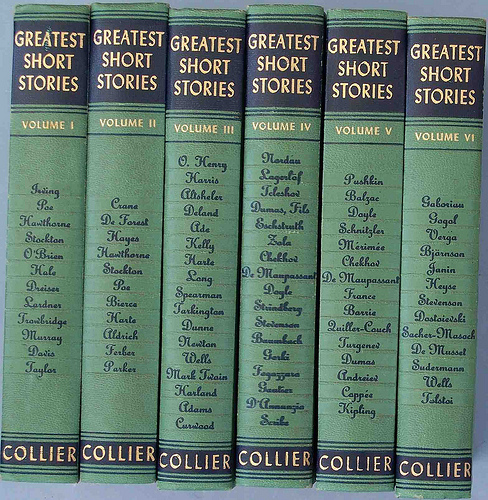 Writing a novel requires you to dig deep into your story, dig deep into the plot, and dig deep into the characters you have created. The short story is a different beast altogether. Short stories require you to stick to the fundamental basics of storytelling, freeing you of extensive plot and character development, while allowing you to experiment with your narrative and get away with it.

A short story is, as the name suggests, a short narrative direct in its approach and brief in its plot outline. Two or a maximum of three characters inhabit its universe driving the plot forward. Think of it as a singular image of a particular moment, like a photograph. Ideally, the plot needs to be simple enough to be grasped within the first few minutes of reading it; and characters need to track a simple, straightforward trajectory. Conflict is the final aspect of the short story; best placed at the beginning of the narrative.

In one line, a short story is about one decisive moment affecting characters.

Some writers feel more at home with the short story than with the novel. The adrenaline rush of a direct plot and character plot suit them more than the slow release of multiple plot points and characters. Why is it that this genre comes naturally to a few of us while rest struggle at it?

We have compiled a list of steps that should serve as a handy guide with your short story writing:

1. From Conflict Develop Your Character

For this particular genre, it works better if you can develop you character/s from the conflict present in the story. This will help you to be brief with the character and not overdo their role in the story. This step also helps the writer set up his character in the quickest time possible without wasting valuable words or story space.

2. Keep It Short And Sweet

Simply put, cut the crowd out: Be it the number of characters, descriptive passages, or a convoluted storyline. Be as direct in your approach as you possibly can and leave the frills out of the story. This is simply not the format for it.

3. Push Characters To The Edge

This format grants you the right to push your characters to the very edge and do it in double quick time. Setting, explanation, and, at times, even logic is exempt. When you push and push your characters, it reveals their personality and psychology to the reader instantly.

4. Everything Hangs On The Start

Get the start of your short narrative right and you have the reader hooked onto the rest of the story. The format can be merciless on stories that start slow. Build up works fine in a novel; short stories need explosive starts much like a T20 cricket match.

One key tip we would like to leave our readers with is the effectiveness of singularity in short stories: One character, one conflict, one twist, one plot.

All the best with your short story writing!

Image credit: cdrummbks on flickr and reproduced under Creative Commons 2.0

[author] [author_image timthumb=’on’]https://writingtipsoasis.com/wp-content/uploads/2014/01/img-109061105-0001.jpg[/author_image] [author_info]Anand Changali is a compulsive writer whose first love is cinema. He has written scripts for animation shows, animation films, and also articles for blogs and the digital domain. His book, The Princess in Black – An Unheard Story of the Mughals, has been picked up by Srishti Publishers. [/author_info] [/author]