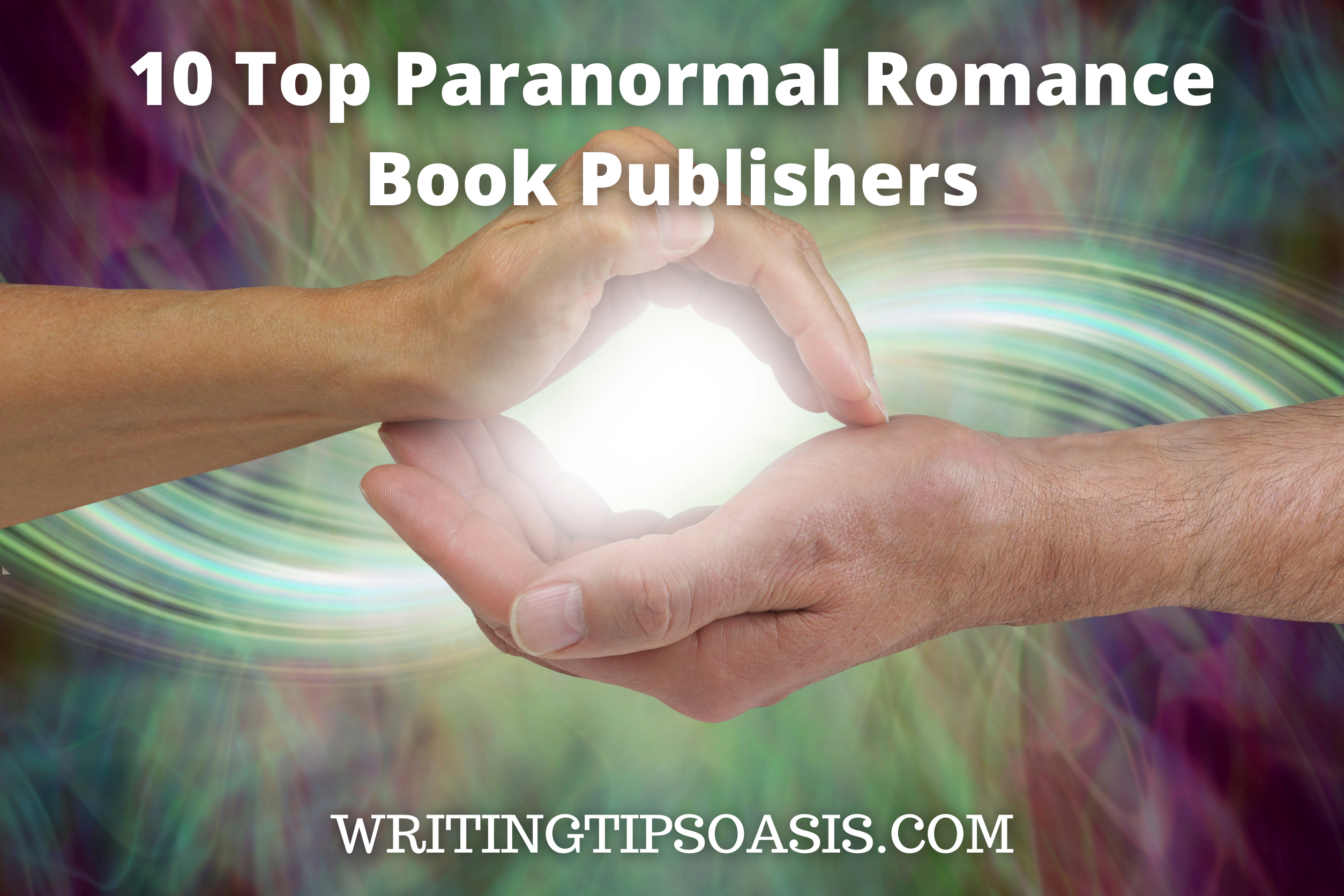 Located in the state of West Virginia in the United States, Changeling Press is an independent press that delivers fiction novels in ebook form. Led by owners Bill Riley and Margaret Riley, Changeling Press only publishes digitally, with their ebooks accessible to users of Apple products, Kobo readers, as well as those accessing the files on their computers and through their web browser.

In addition to more mainstream genres such as science fiction and fantasy, Changeling Press publishes cyber-funk novels, books about magic and zombies, as well as paranormal romance. They’ve published titles like “The Night Bartender” by Alexa Piper, “Krampus Bah Humbug” by Crymsyn Hart, and “O Christmas Tree” by Emily Carrington.

For writers interested in publishing through Changeling Press, they are currently accepting submissions for certain themes, including paranormal romance, dark fantasy romance, and science fiction romance. They ask writers to complete a brief submission package, details of which are on their website.

Founded by owner Inanna Arthen, By Light Unseen Media is a publishing house devoted to producing written material on vampire-themed stories. Created in 2007, they operate out of Winchendon, Massachusetts, in the United States. They are proud to publish in print as well as digitally and are committed to a company policy of redirecting revenue to keeping costs for readers low and returns for authors high.

Within the category of vampire fiction, By Light Unseen Media breaks down their published works into a number of subcategories, including adventure, paranormal romance, and historical fiction and non-fiction regarding the lore of vampires. You’ll want to take a look at some of the books that they’ve published, including “Blood on the Water” by David Burton, “Krymsin Nocturnes” by Joseph Armstead, and “Gideon Redoak” by Anne Fraser.

Manuscripts from writers are welcomed by By Light Unseen Media, and there are detailed guidelines on how to submit your work in progress. Please take note that there are separate guidelines for fiction and non-fiction manuscripts.

Founded in 1949, Harlequin is now a division of the ubiquitous HarperCollins family of publishers, creating books aimed towards women readers. Today, the company is led by CEO Craig Swinwood, who continues to push the publishing house towards finding new and interesting stories for their target audience.

The company is actively looking for new material. Writers who feel that their manuscripts fit the type of book that Harlequin publishes should provide a query letter, story summary, and first three chapters to the company for review and consideration.

Located in Mendota Heights, Minnesota, in the United States, Jolly Fish Press is a publisher that is dedicated to supporting fiction writers, particularly those who are just starting out. Established in 2011, they now operate as an imprint of North Star Editions, Inc, also based in Minnesota.

Jolly Fish Press publishes its fiction in trade paperback and digital format. Books that they’ve published in the past include fiction on family, horror, science fiction, as well as genres that combine multiple traditional genres, such as paranormal romance. They’ve published books including “Beast Charming” by Jenniffer Wardell, “Shadows Collide” by Dan Levinson, and “Surfacing” by Mark Magro.

Jolly Fish Press accepts manuscript proposals from fiction writers directly. They encourage writers to proactively review Jolly Fish Press’s current offerings to see if their own work in progress aligns with the tone of what’s currently published. For submissions, please provide Jolly Fish Press with a query letter and a sample of your book that includes the first three chapters for review.

World Weaver Press is an independent publishing house that produces fiction novels, including those written on paranormal romance, science fiction, and fantasy. Established in 2011 by founders Eileen Wiedbrauk and Elizabeth Wagner, they are based in Albuquerque, New Mexico, in the United States.

The publishing house believes in promoting well-written fiction, and the independent publishers choose to make that the focus of their operations, rather than making it a profit-driven operation. You’ll want to take a look at some of their published works, including “The Meddlers of Moonshine” by A.E. Decker, “Corvidae” by Megan Engelhardt, and “Black Pearl Dreaming” by K Bird Lincoln.

World Weaver Press does not accept unsolicited submissions, with the exception of periodic calls for submissions for anthologies.

Working out of New York, in the United States, Entangled Publishing is a women-run publishing operation that is committed to publishing fiction, short stories, anthologies, and other written manuscripts. They produce their material in both print and ebook format, aiming to make it as accessible as possible to readers.

Among the many genres of fiction that Entangled Publishing has published are mystery and suspense, new adult, paranormal romance, science fiction, and novels for young adults. They have published books like “Katmere Academy” by Tracy Wolff, “Shadow of Light” by Molly E. Lee, and “Night’s Bliss” by Mary Hughes.

Authors interested in publishing with Entangled Publishing should look in closer detail to their imprints and check out which best matches their work in progress! For paranormal romance novels, Teen Crave may be an imprint worth looking into more closely.

Tell-Tale Publishing is a publisher that specializes in fiction, including genres such as horror, mystery, paranormal romance, contemporary fiction, and books for young adults. Founded in 2009 in the state of Michigan, in the United States, they continue to push the boundaries as a publisher of printed books and ebooks that fall just outside the norms of the publishing world.

Tell-Tale Publishing has published paranormal romance novels such as “Abandoned” by Ellen Fritz, “All That Matters” by Loralee Lillibridge, and “Draconian Symphony” by Benjamin Dempsey. Members of the Independent Book Publisher’s Association and MIPA, they are proud to support writers who, like them, look for areas that have not been previously explored in literature, and are looking to provide a new target audience with access to different reading material.

For submissions, Tell-Tale Publishing asks that writers look closely at content guidelines for each of their imprints, to identify which best suits the manuscript they are submitting. There are editing guidelines outlined on their website as well, so writers should carefully go over their work before submitting it on their website.

Situated alongside their parent company Random House in New York, in the United States, Loveswept & Flirt is an imprint of the internationally acclaimed publishing house with a focus on romantic novels and fiction for women readers. They are proud to be led by a team of extremely capable women who are a critical element of the success of this imprint.

Loveswept & Flirt is a digital-only imprint and focuses on producing ebooks available on multiple platforms, including digital devices and computers. Writers of paranormal fiction, including romance, will want to look closer at some of Loveswept & Flirt’s paranormal romance titles, including “Kingdom of Shadow and Light” by Karen Marie Moning and “Ashes to Ashes” by Tami Hoag.

Loveswept & Flirt is currently not accepting manuscript submissions from writers. Writers are encouraged to pay attention to their website for updates in the future.

An imprint of the reputable HarperCollins Publishers, Avon Books is a publishing body focused on providing top-quality romance novels of various sub-categories. From romance stories based in history or those with a religious backdrop to paranormal romances and those involving mystery and suspense, Avon Books is a leader in delivering well-written romance novels.

Along with its parent company HarperCollins, Avon Books is based in New York, in the United States. Some of their published paranormal romance novels include “The Rogue of Fifth Avenue” by Joanna Shupe, “Even Vampires Get the Blues” by Sandra Hill, and “All Things Wicked” by Karina Cooper.

Currently, Avon Books is not accepting proactive proposals from writers. They encourage writers to stay alert and aware of any future submission calls that the company may advertise.

Based out of Oregon, in the United States, Black Lyon Publishing has been delivering unparalleled romance novels since its founding in 2007. Today, the company produces books in a number of fiction and non-fiction subgenres, including contemporary romance, paranormal romance, and romantic adventure, as well as non-fiction crime and travel books.

Black Lyon Publishing produces paper books, audiobooks, and digital books, and their books can be purchased through Amazon, Barnes & Nobles, and most conventional channels. Some titles that give a better idea of Black Lyon Publishing’s standard of paranormal romance novels include “A Kiss From Cupid” by Carly Huss, “The Slayer Prince” by Elizabeth Brockie, and “A Love Reborn” by Dana Lyons.

For those interested in submitting their work in progress to Black Lyon Publishing, they should submit an accurate, completed query email to the company at the email specified on their website. Note that guidelines for fiction and non-fiction books vary slightly, and should be followed closely.