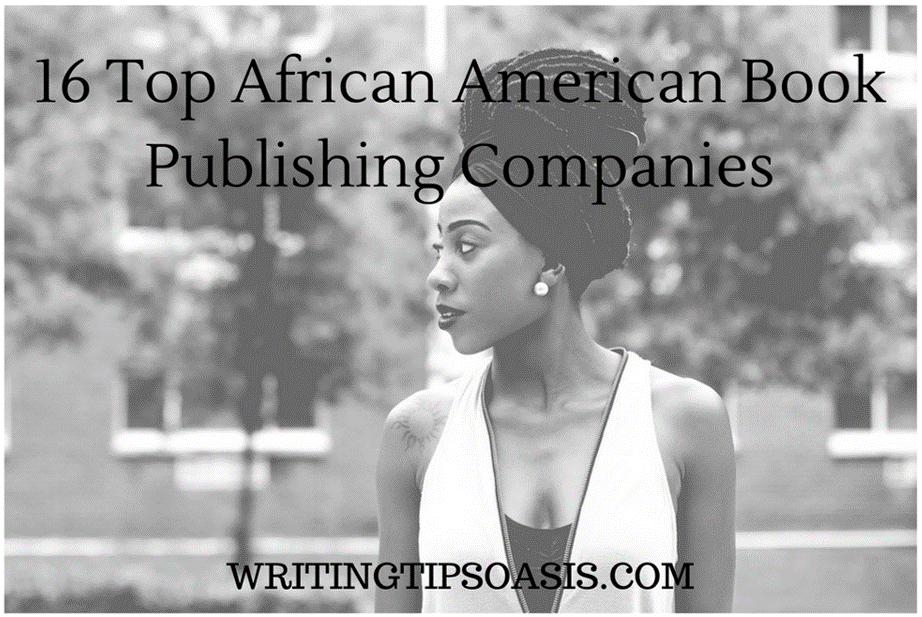 Below are 16 top African American book publishing companies that publish everything from children’s books, poetry, history to academic titles:

Since 1941, Wayne State University Press has been a distinctive urban publisher of exceptional journals and books. The Michigan based publisher is committed to creating and advancing knowledge, positively impacting global and local communities, and preparing the diverse student body to excel while expanding the reputation of the university and the press internationally. Their publications, whether digital or print, inspire and educate. The publisher actively promotes uncommon voices, written word and the culture and arts scene in the community. Some of their books include Solitude of Five Black Moons, Home Sweet Sanctuary and Ascension.

Urban Books is a well-known, mainstream indie book publisher that specializes in urban novels that focus on African American themes. The New York-based publishing company was established by Carl Weber in 2002 and features Urban Renaissance Books, Urban Soul, and Urban Christian Books. Featured books include The Black Diamond Trilogy, Trapped Between Heaven and Hell and Testify.

This urban books publisher specializes in African-American topics. Submissions are allowed for fiction and non-fiction topics except science fiction, poetry, plays or fantasy. They should be typed, paginated, double-spaced and readable. Pages should not be bound together. For more submission details, visit their submission page. 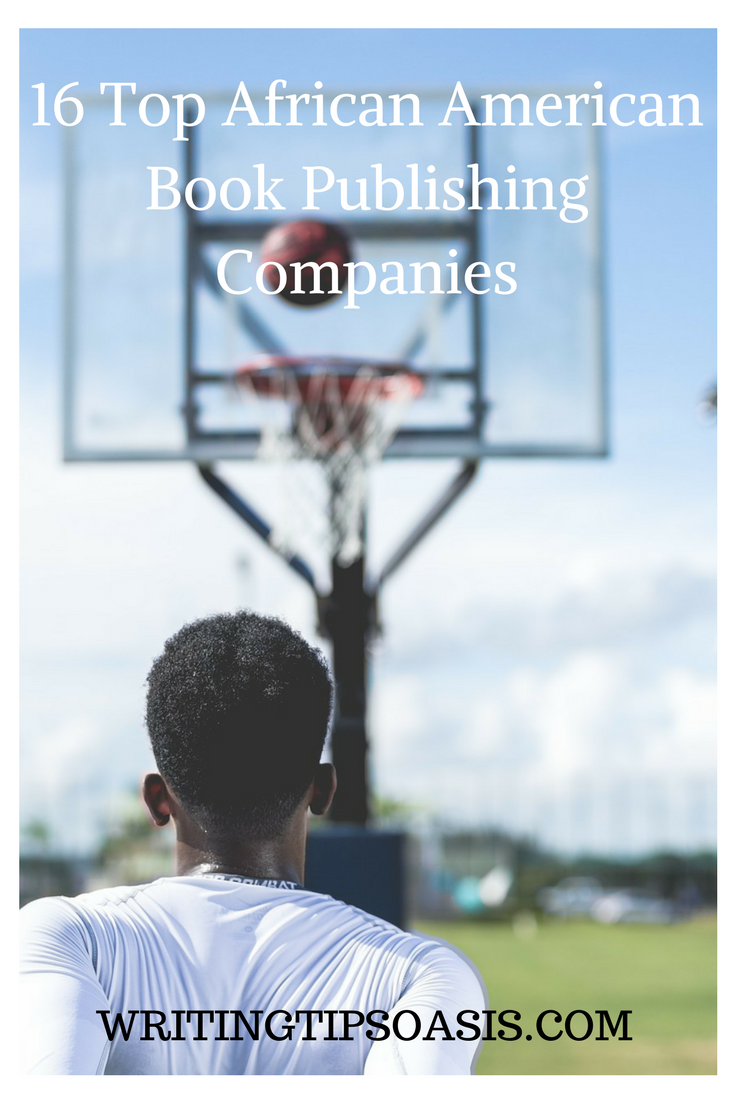 RedBone Press was established by Lisa C. Moore in 1997. She founded this Washington, DC based publishing house to give a much-needed voice to black lesbian authors in feminist publishing. Over the years, the company expanded to include the ground-breaking works of black gay men. RedBone Press has since published poetry, fiction, anthologies, and some selected works in non-fiction. The publishing house won the Lambda Literary Award and was nominated for several more prestigious awards in the coming years. Notable works include Nothin’ Ugly Fly, Our Name be Witness, and Spirited. RedBone Press is currently open to submissions and you can post your manuscripts at their mailing address. Check this page for more details about the submission process.

Founded in 1974, Kensington Publishing Corp is a commercial publishing house that publishes almost all kinds of genre. Whether the forte is science fiction, humor or romance, real crime, western, or mystery titles, there’s always a niche for the author at the New York-based Kensington. The publisher has a whole subsection for African American writers and is also home to imprints such as Urban Soul and Urban Books, Urban Soul Zebra, Dafina, Pinnacle, just to mention a few. Kensington is the publisher of that urban author that wants to make a dent in the market and needs a real shot at it. Right now the publisher is led by Steven Zacharias after taking over from his father.

Chicago Review Press is interested in publishing high-quality non-fiction. They are looking for African American non-fiction, autobiography/biography, food and drink (but not cookbooks), DIY, history, film, and more as specified on their website. Before sending a proposal, an email with a brief query to one of the editors is mandatory. Chicago Review Press is currently accepting only non-fiction manuscripts and you can find more details about their submission process here.

This is one of the oldest publishing companies in Chicago and is still in operation. Third World Press was founded by Haki R. Madhubuti in 1967 and offers a range of fiction and poetry, nonfiction, criticism and young adult and children books. Their publications include The Classroom and the Cell, By Any Necessary Means, and The Magic of Juju. Their quality literature focuses primarily on critique, issues, and themes related to the African American public. The publisher has a mission to avail this literature to many individuals including African American readers who are the primary target.

Third World Press accepts manuscripts that are sent in original work with a one-page synopsis, an introduction letter and an outline of the target market intended. Submissions can be mailed to Acquisitions, c/o Third World Press Foundation, P.O. Box 19730, Chicago, IL 60619. Response will be after four to six months in writing. Note that they only accept new manuscripts in the month of July. Check this page for detailed submission guidelines.

Lee & Low Books was founded in 1991 with Baseball Saved Us as one of its first debut lists. The New York-based company publishes books for young adults and children with a multicultural theme. They aim to address teens and children of color with titles that all readers will enjoy, from chapter books, picture books, and early readers. They have products such as In Daddy’s Arms I am Tall, The Pot that Juan Built and Parrots over Puerto Rico.

As of now the company isn’t accepting unsolicited manuscripts. They will, however, consider your work if it is represented by a literary agent. Your project might also be considered if you participated in a writers’ conference that was attended by any commissioning editor of Lee & Low Books. More details about the submission process can be found here.

Based in New Jersey, Africa World Press was established in 1983 to publish excellent titles in African history, culture, politics, and everything in between. Their books have enlightened and engaged thousands of readers, and the publishing house is constantly looking to add more such titles to their portfolio. Some remarkable works include Africa In An Era of Crisis, A Glorious Age in Africa, and A Lullaby for Daddy. While the company hasn’t included any specific submission details, you can inquire about the process by mailing or calling them. Contact details can be found on this page.

Established in 1950, Rosen Publishing is a New York based publisher of children’s fiction and non-fiction. The company has multiple imprints representing diverse genres, and in non-fiction, they’ve published some selected Afro-American titles. Some of their notable titles from the African American Leaders of Change series include biographies of Harriet Tubman, Rosa Parks, and Sojourner Truth. Rosen Publishing will only consider your work if it is represented by a literary agent. You can check this page to find more resources about literary agents considered by the publishing house.

Afrocentric Books publishes fiction books that feature characters of African descent. The publishing company aims to change the racial status quo in literature’s speculative fiction. They want to see modern day literature reflecting the world’s diversity. One of their novels is titled Afromyth.

Afrocentric Books welcomes authors with great published stories of African diaspora diversity. They’re currently looking for contemporary or speculative fiction with 70,000 or 140,000 words.  They are currently closed for anthology submissions. The company isn’t accepting non-fiction, children’s fiction, poetry, and urban fiction submissions either. Short stories will only be accepted during their open submission period for anthologies. For more details about the submission process, check this page.

Black Classic Press was founded in 1978 with devotion to publishing significant and obscure works by and about people of African descent. The press specializes in republishing works that are out of memory and print like the republished original edition known as ‘Introduction to African Civilizations.’ They want to extend the memory of significant books that have aided in shaping black diasporic experience and their understanding of the world.

Black Classic Press currently accepts manuscripts from authors in college/university classrooms – who use their books to teach college/university students and would want their book to be considered for publication by the press. They should send a synopsis, first chapter, table of contents, the best chapter, the academic institution’s name, department, address and class frequency and size to natalie@blackclassicbooks.com. Unsolicited hard copy manuscripts can only be returned if a self-addressed stamped envelope is provided. Check out their submission details on this page.

With offices in Connecticut and London, Yale University Press publishes titles in diverse genres like world history, international relations, political science, classics, literature, and more. Works pertaining to African American studies can be found under the broader genre of history. Some of their best works include The African Colonial State in Comparative Perspective, American Lynching, and The African Shore. Yale University Press is currently open for submissions and submission guidelines can be found on this page.

BearManor Media was established in 2001 by Ben Ohmart, its founder. Located in Albany, BearManor Media is a publishing house that focuses on a unique genre, publishing books about theater, films, TV, historical, radio and animation. Their catalog features over 900 subjects.

Some of the rare autobiographies that BearManor Media publishes include showbiz legends, famous voice actors, writers, directors and African American showbiz legends. The publishing house has received content from known authors such as Kathy Gaver, Christopher Knoph, and Tom Sawyer.  For fiction and non-film submissions, the company only accepts eBooks. To find out how to submit, click this link.

University of Georgia Press was founded in 1938. They publish a variety of titles including African American history, American literature, environmental studies and international literature, southern studies, creative and literary works, and regional books that focus on history, poetry and local culture. The press is also a founding partner to New Georgia Encyclopedia which is Georgia’s award-winning online multi-media reference.

Authors who would like to submit their content can visit this page to find out the requirements for submissions.

Just Us Books publishes multi-cultural children’s books which reflect the diversity of the United States. It is currently accepting submissions for picture books, chapter books and titles for middle readers, and you can get submission guidelines here.

2Leaf Press is a New York based publisher promoting multicultural literature. Since their inception, the company has been driven to challenge the prevalent status quo by publishing quality titles in alternative fiction, poetry, and non-fiction. They also publish titles by activists and scholars. Some of their best work includes Black Lives Have Always Mattered which is a collection of essays, anthologies, and poems by black authors in America. While the company is currently closed to submissions, you can keep checking this page for details about their open submission period.

Many publishing companies have a genre specialization they excel in, and it is imperative that you research well to find one that suits your niche before approaching them. Once you have submitted your manuscript, be patient and give them time to come back to you. Getting a book published takes time, and you should remember that. Most publishers specify on the time it will take them to give you feedback. You should also know that traditional publishing works differently from self-publishing regarding timeline, you cannot, therefore, compare the two.

Kevinson Libama is a full-time non-fiction writer, proofreader, and editor. He’s currently accepting new clients who need help with their eBook proofreading and editing as well as blog writing.