Reviewed by Zarina de Ruiter There are some incredible novels that you don't want turned into films or see sequels churned out to, as that might ruin what was a perfect ending – and by perfect I don't mean happily ever after, as more often than not they are absolute tearjerkers that ripped the reader's heart apart, but rather that their conclusion is what made them … END_OF_DOCUMENT_TOKEN_TO_BE_REPLACED 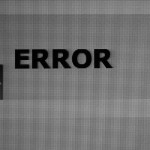 Fan fiction, as the name implies, is fiction written by fans, set in a universe created by another author. Most of the characters appearing in fan fiction have already been created by the original author, although there are cases where the writer includes original characters. Writing fan fiction can be beneficial for new writers – it allows them to discover how well they can … END_OF_DOCUMENT_TOKEN_TO_BE_REPLACED

Reviewed by Verity Wilde Ellie Rigby is sick of disastrous internet dates. After eight months of hopeless matches she decides to take control – and sets up her own dating agency. She reckons she can help other people find their Mr or Mrs Right and keep a look out for her own happily ever after. But life is never that simple when affairs of the heart are involved is it? It’s … END_OF_DOCUMENT_TOKEN_TO_BE_REPLACED

Jason Starr, author of Ant-Man which was recently made into a movie starring Paul Rudd and Michael Douglas, has popped over to chat to Debs about his latest book, Savage Lane, being published by No Exit Press today. Can you tell us a little about your average writing day? I write whenever I can. It's usually from around 9 to 3 out at coffee bars in Manhattan – I have … END_OF_DOCUMENT_TOKEN_TO_BE_REPLACED

Reviewed by Jennifer Joyce In 1919, the end of the war has just been announced, but peace comes too late for the Sanderson family. Days after the announcement, the vicar of Goswell and his wife receive a telegram with the devastating news that their son Walter has died while fighting for his country. Their youngest daughter, Eleanor takes the news badly and becomes … END_OF_DOCUMENT_TOKEN_TO_BE_REPLACED